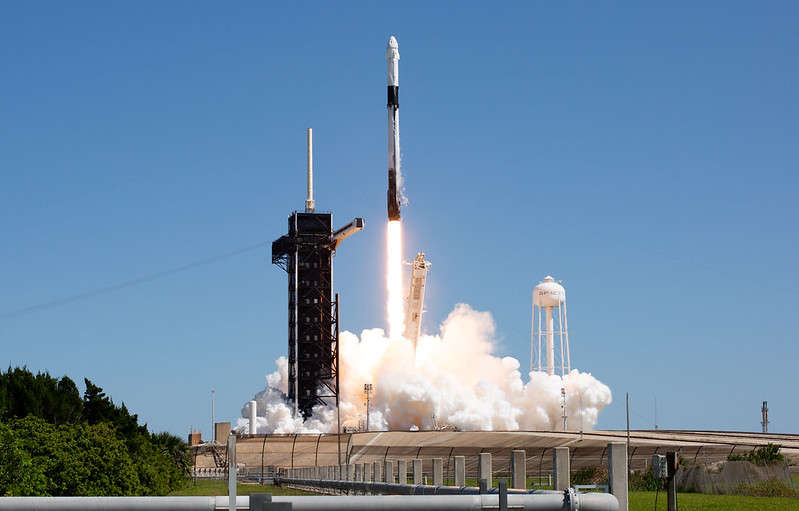 A SpaceX Falcon 9 rocket carrying the company's Crew Dragon spacecraft is launched on Axiom Mission 1 (Ax-1) to the International Space Station with Commander Michael López-Alegría of Spain and the United States, Pilot Larry Connor of the United States, and Mission Specialists Eytan Stibbe of Israel, and Mark Pathy of Canada aboard, Friday, April 8, 2022, at NASA’s Kennedy Space Center in Florida. The Ax-1 mission is the first private astronaut mission to the International Space Station. Photo: NASA

The first all-private crew to head to the space station is currently conducting science experiments on board the station. It’s a big milestone for commercial space and is the first of many developments in the private sector taking on a bigger lift when it comes to low-Earth orbit. Coming up, what’s ahead for commercial space?

Also, Amazon is getting into the satellite internet constellation biz in a big way with a huge purchase of rockets. What impact will this have on the launch industry?

And the Biden administration submitted its budget proposal for NASA’s next budget, and it’s a big one. Who’s the big winner if it passes?

And those aren’t the only space news headlines worth talking about. It’s been a busy few weeks on the space beat. We’ll chat with Anthony Colangelo, he covers spaceflight and the aerospace industry on his podcast Main Engine Cutoff.