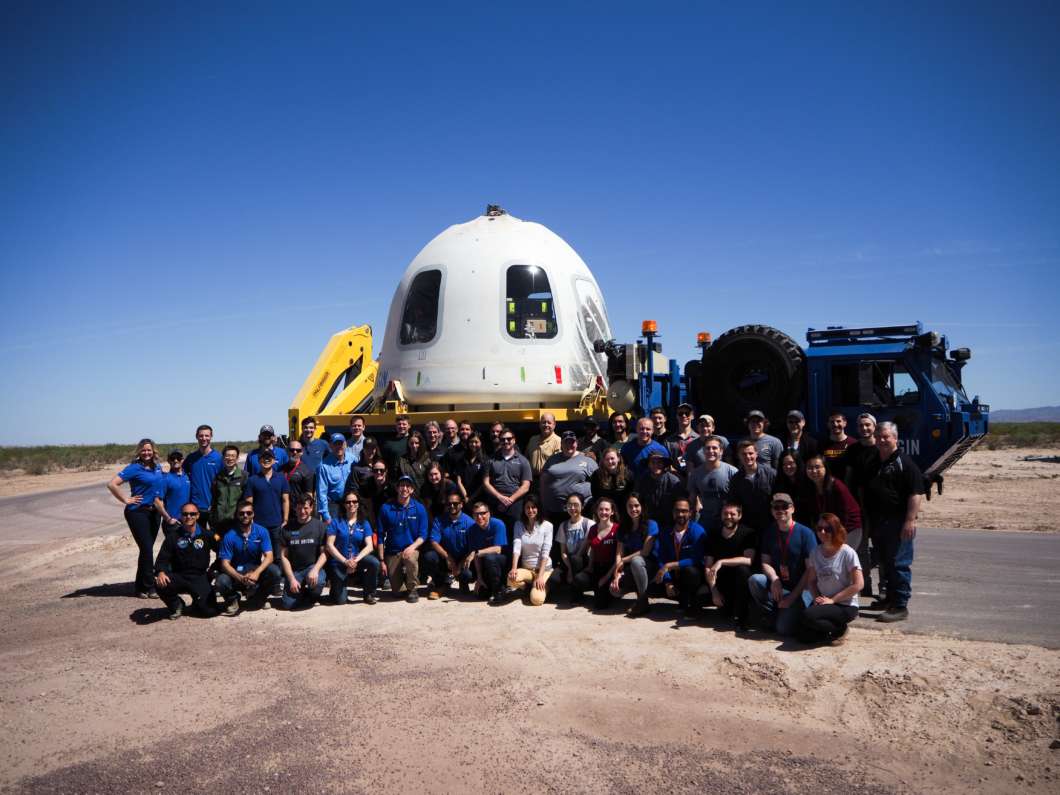 Blue Origin's New Shepard launched experiments on a suborbital flight, including an experiment from the University of Central Florida. Photo: Blue Origin

Two University of Central Florida experiments made it into space in the past week thanks to private companies SpaceX and Blue Origin. The companies are making it possible to send more science into orbit than ever before.

SpaceX launched a suit of experiments for a long-term stay on the International Space Station including an experiment designed by researchers at UCF. Blue Origin sent an experiment from the university on a sub-orbital flight from West Texas, simulating almost three minutes of microgravity.

Researchers wouldn’t get as many experiments into space without private companies. “For sure we wouldn’t,” said UCF assistant professor of planetary science Addie Dove. “There would be far fewer opportunities to get things up to station.”

“So all of these things getting us to the space station are exciting because we can have a higher turnover of experiments and we can do other sorts of launches,” said Dove. “It’s really upping the amount of things you can send to space.”

Her experiments are examining how particles behave in microgravity — like on the surface of an asteroid or the moon.

Dove’s experiment named Strata-S1 also had a stow-away: a small, plush Citronaut named Dave. The Citronaut is the former mascot of the university. “We strapped him in with a little zip-tie harness, and he should be visible in one of our video cameras, so we’ll get to see how he does in flight,” said Dove.

Dove and other UCF researchers are planning more experiments this year including a flight on a parabolic airplane dubbed the “Vomit Comet.”