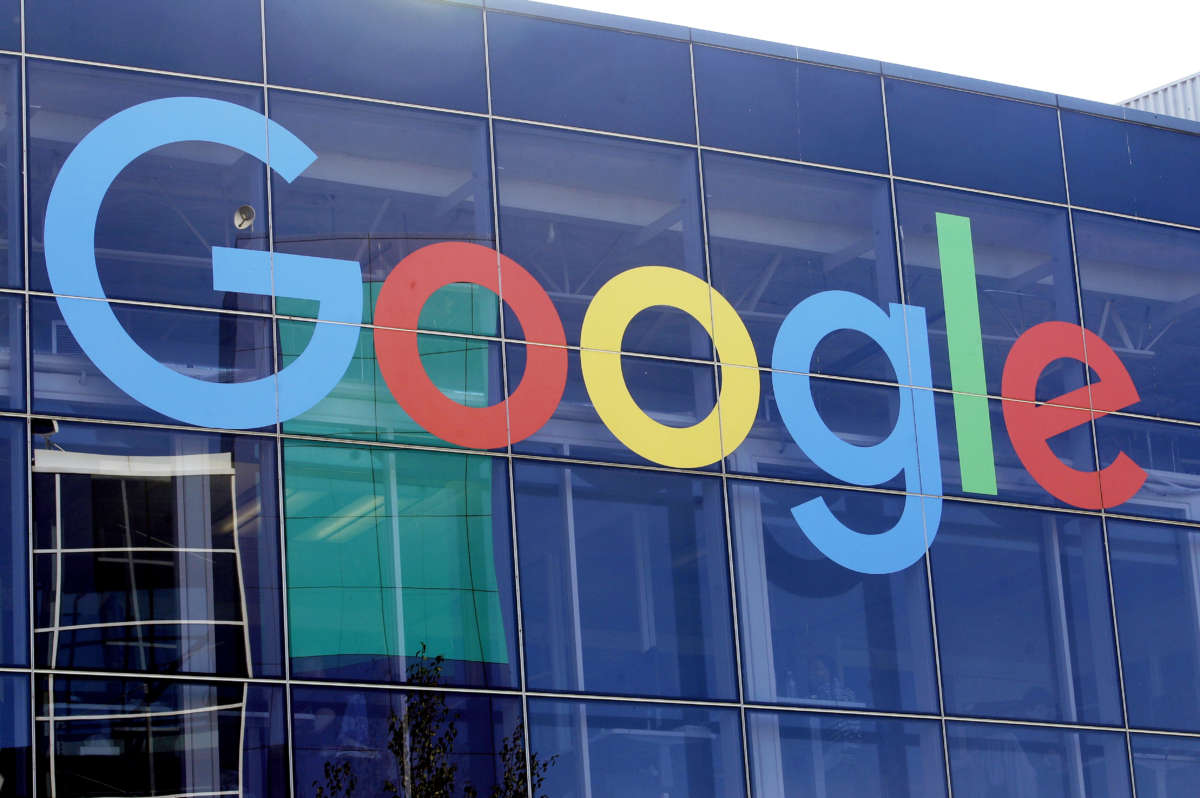 Google announced that it would delete location data showing when people visit abortion providers, but privacy experts, and some Google employees, want the company to do more to safeguard data.
Image credit: Jeff Chiu

When police are trying to solve a crime, they often turn to Google for help.

It makes sense since the Silicon Valley giant has grown into a nearly $1.6 trillion company on the strength of its most valuable asset: Data on billions of people.

And often, finding out where someone was at the time of a crime, or what they were Googling before a crime occurs, can be pivotal to investigators.

When someone uses a Google service on their phone with location history enabled, Google logs that phone’s position about every two minutes. The company can estimate the location of a person’s device within nine feet, court testimony from the company has shown.

In the first half of last year, law enforcement sent Google more than 50,000 subpoenas, search warrants and other types of legal requests for data Google retains, sometimes drawing from a massive centralized database of users’ location history known as “Sensorvault,” which was first reported by the New York Times in 2019.

“Google is increasingly the cornerstone of American policing,” said Albert Fox Cahn, a lawyer who is also executive director of the Surveillance Technology Oversight Project, an advocacy group.

Geofence warrants seek information about every device that has crossed into a defined location in a specific period of time, say a bank at which there was recently a robbery, a home that was recently burned down, or an abortion clinic following the Supreme Court ruling.

Keyword warrants request information on everyone who has Googled specific search terms, a kind of digital dragnet that has long alarmed privacy advocates, and now abortion-rights advocates as well.

“It is so chilling. It is so broad. It is so contrary to our civil rights. And yet, because Google has so much of our data, it’s just a ticking time bomb for pregnant people,” Cahn said of keyword searches.

While it remains unclear whether state authorities will try to prosecute abortion-seekers, and will use digital evidence as part of those potential cases, legal experts say the prospect should be taken seriously.

Privacy experts like Cahn consider the keyword search warrants — being able to comb through everyone who Googled a certain term — a type of fishing expedition that violates user privacy.

“This is the equivalent of going to a library and then trying to search every person who checked out a specific book,” he added. “We would never allow that in the analog world.”

Such a far-reaching search in the real world would likely violate the Fourth Amendment’s ban on unreasonable searches, Cahn said. But courts are still catching up to the technology.

Geofence and keyword warrants are largely untested in U.S. courts

There are very few cases in the U.S. that have tested the legality of geofence warrants.

In a Virginia bank robbery case, a federal judge ruled this year that the use of the geofenced data to catch a suspect was unconstitutional since police did not demonstrate they had probable cause for the search and it provided authorities with the location data of innocent bystanders. The warrant was approved by a magistrate who did not have a law degree. Yet the judge’s ruling in the case does not have any bearing on how authorities in other states use the warrants.

Similarly, keyword searches are a relatively novel concept in the American legal system.

In Denver, police used a keyword search to find a suspect in a fire that left five dead. Authorities obtained from Google the names of people who had searched for the address of the home that was set ablaze and made an arrest.

Jennifer Lynch, a lawyer with the group, said such searches run the risk of implicating innocent people.

Since the U.S. does not have a national data privacy law that could ban this type of surveillance, the cases are playing out in courts around the country in scattershot fashion.

Police and prosecutors, however, view geofence and keyword warrants as a way to catch perpetrators of crimes who may have otherwise eluded authorities.

Google has said that if data requests from authorities are overly broad, it will challenge them. The company’s own statistics show that it produces data for authorities about 80% of the time it receives requests. There is no public evidence of the company resisting a keyword search warrant in the U.S. It did, however, push back on one in Brazil.

Google earlier this month committed to deleting location data that shows when people go to abortion providers, fertility centers and other “particularly personal” places. In a blog post, Google executive Jen Fitzpatrick wrote that users can also choose to have their location data auto-deleted from their devices.

Some Google employees are agitating for the company to do more.

“They’re really looking for these short, punchy press releases that get this breathless, ‘Wow, Google is doing such good things,’ or ‘Alphabet is doing such good things,’ coverage in the tech media, but then really aren’t actually substantial,” said Ashok Chandwaney, a Google software engineer who is part of the Alphabet Workers’ Union. (Alphabet is Google’s parent company.)

Chandwaney wants Google to vow to figure out all the ways law enforcement can potentially gather data on abortion-seekers from the company.

“And then make it so that the data that could get people charged, or fined, or thrown in jail, or whatever, for seeking out healthcare, is not a thing that the company has to give to law enforcement,” he said.

Shannon Bond contributed to this report.