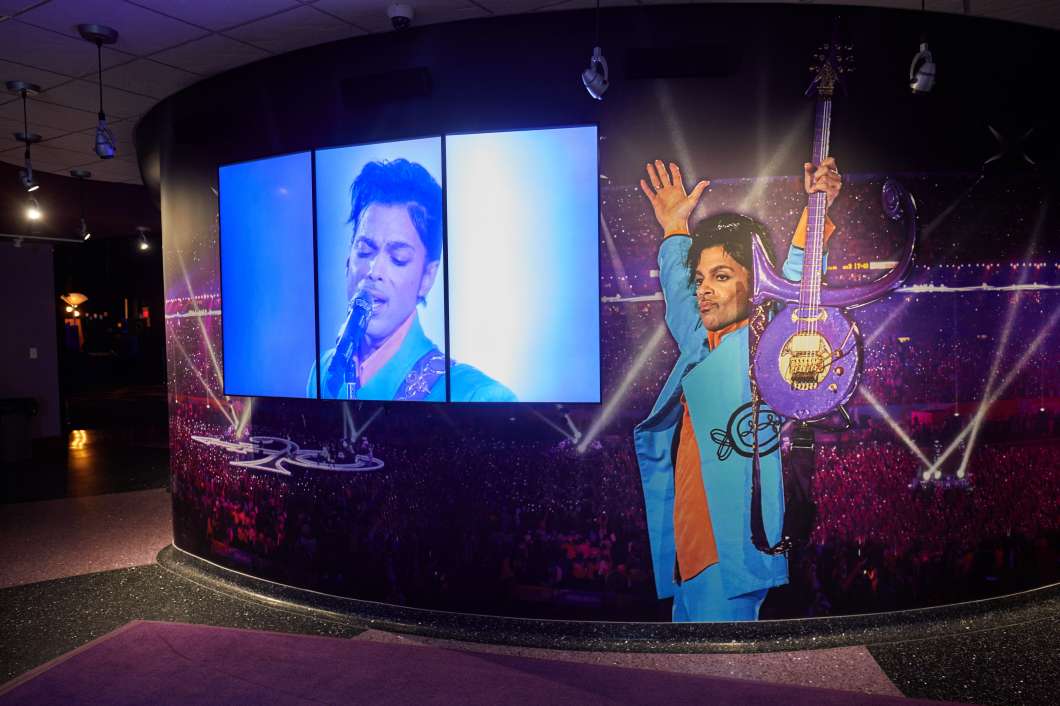 Images of the music superstar at Prince's Paisley Park Museum in Chanhassen, Minn. His death has been ruled accidental by the local medical examiner.
Image credit: Adam Bettcher

Prince had an extremely high level of a powerful synthetic opioid in his body at the time of his death at his home in Minnesota in April 2016, according to a toxicology report obtained by The Associated Press.

The confidential toxicology information was reported less than a week after the Carver County Attorney Mark Metz stated that the death investigation remains active. Metz is still deciding whether to charge someone with a crime.

The Midwest Medical Examiner’s Office in Ramsey, Minn., had ruled “fentanyl toxicity” as the superstar musician’s cause of death in its public autopsy report in June 2016. It also ruled his death to be an accident and had provided no details about the concentration of the “self-administered” drug in his body.

“The amount in his blood is exceedingly high, even for somebody who is a chronic pain patient on fentanyl patches,” Dr. Lewis Nelson, chairman of emergency medicine at Rutgers New Jersey Medical School, told the wire service.

The 57-year-old musician was found dead at Paisley Park, his home in a Minneapolis suburb. As NPR’s Andrew Flanagan and Anastasia Tsioulcas reported, local officials have been investigating how Prince obtained the fentanyl that killed him. Here’s more:

“Throughout Prince’s residence, including in the laundry room and in Prince’s bedroom, investigators discovered controlled substances that ‘were not contained in typical prescription pill bottles but rather, were stored in various other containers such as vitamin bottles,’ according to the documents.

“Much of the investigation appears to focus on Kirk Johnson, a bodyguard and friend of Prince’s since the ’80s and, according to the investigators, ‘one of the few people who had unrestricted access to Paisley Park.’ The investigation also delved into Dr. Michael Schulenberg, who had begun treating Prince on April 7, 2016 — just weeks before his death.”

It’s worth noting that Prince, while secretive about his private life, was known to not allow drugs or alcohol in his home, as NPR’s Cheryl Corley has reported. He was also thought to be in severe pain and struggling with damaged hips, using a cane in his later years.

According to the Carver County Attorney, the Anoka County District Court ordered the release last week of the full autopsy report to lawyers representing Prince’s next of kin. The lawyers were hired, the county attorney stated, to “explore the possibility of a potential civil wrongful death lawsuit” before the statute of limitations expires. This would be separate from any potential criminal charges.