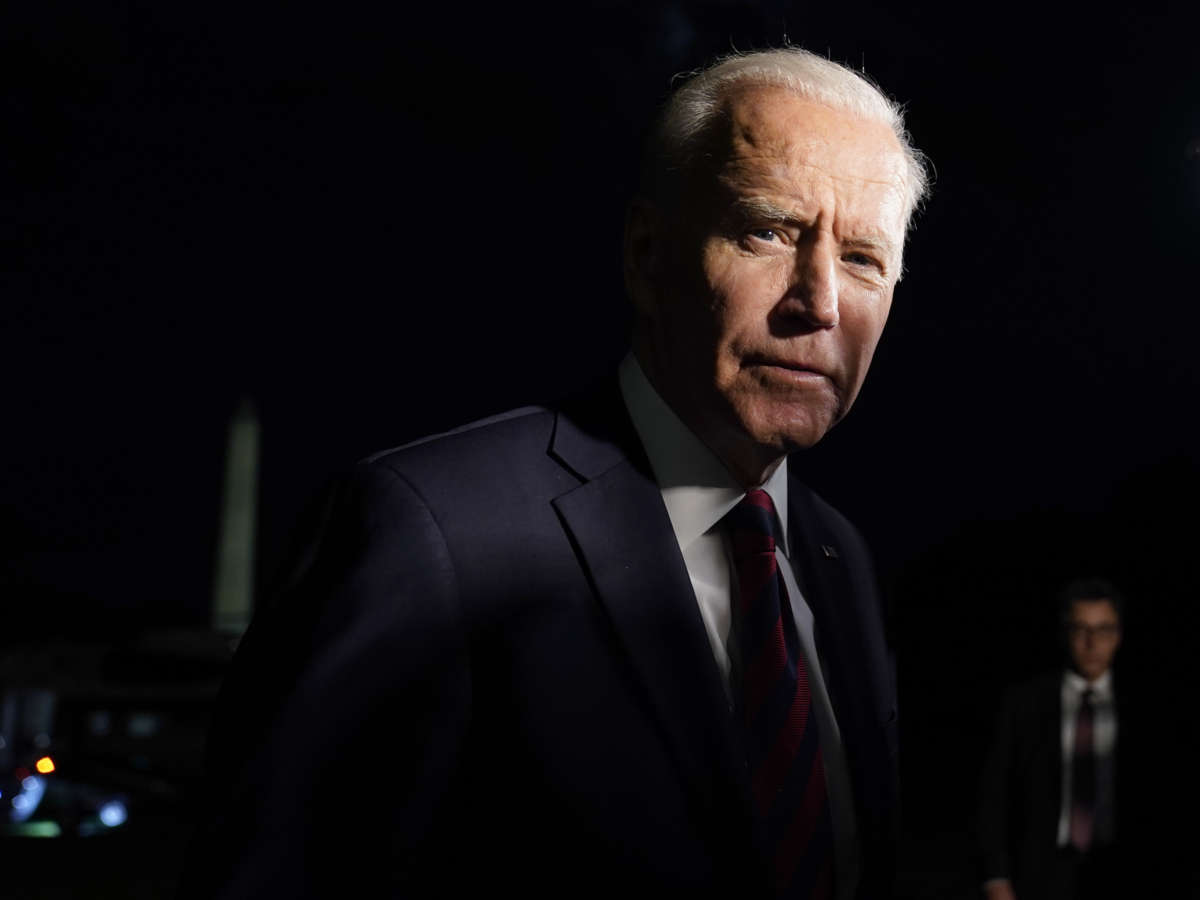 President Biden speaks to reporters on the South Lawn of the White House on July 21 after returning from a trip to Cincinnati.
Image credit: Susan Walsh

President Biden is in a tough place on immigration.

On the one side, he faces growing pressure from supporters who want his administration to stop turning away asylum-seekers — and to invest more political capital on creating a pathway to citizenship for the nation’s 11 million undocumented immigrants.

On the other side, critics want him to do more to stop what has turned into the largest wave of migrants arriving at the border in recent history, with border agents averaging 6,000 encounters with migrants every day last month.

It’s against this backdrop that Biden is set to give remarks on Monday to the nation’s largest Latino advocacy organization, UnidosUS. But some of Biden’s supporters hope his speech is directed more broadly to the American people — particularly to swing voters who are concerned about migration yet recognize the value of immigrants in their communities, and not just his base.

Noorani said Biden needs the backing of a much broader swath of Americans if he wants to build the support he needs to address immigration issues.

Since taking office, Biden has followed through on several campaign promises, including stopping construction on the border wall. He ended a Trump administration program that required asylum-seekers to remain in Mexico as they waited for their cases to be heard. And he created a task force to reunite immigrant children and parents who were separated at the U.S.-Mexico border.

But legislation to create a pathway to citizenship for the 11 million undocumented immigrants has gone almost nowhere. Smaller legislative packages that protected farm workers and younger immigrants brought to the country illegally as children have also stalled.

Finding a way to protect those younger immigrants has become even more important to Biden’s supporters after a federal judge in Texas ruled this month that the program created to protect them was unconstitutional.

The administration has vowed to appeal the decision and also supports efforts by Democratic lawmakers to try fold the issue into a massive budget reconciliation package this summer.

In the past week, however, Biden has twice questioned whether the Senate rules would allow such a move.

Biden’s pre-recorded remarks to the virtual conference are not expected to be lengthy. And it’s unlikely he will address the fate of a Trump-era pandemic rule that has been kept in place, allowing his administration to quickly turn away tens of thousands of people seeking asylum.

That rule, known as Title 42, has angered some supporters who see it less as a public health measure and more of a convenient way to deter migration and keep political opponents at bay.

“One of the most damaging legacies from the Trump administration is the goalposts were moved in such a way that we further limited the rights of asylum-seekers and migrants at the border,” said Dylan Corbett, executive director of the Hope Border Institute.

“And if we don’t have the political courage to at least restore the modicum of rights that asylum-seekers have at the border, the moving of those goalposts and the eroding of those rights will be the new normal,” he said.

Pandemic relief likely to be a focus

Those attending the virtual conference will, of course, be also interested in what Biden has to say about pandemic relief as well. The pandemic has had a disproportionate impact on Latino families, said Clarissa Martinez De Castro, deputy vice president of policy and advocacy at UnidosUS.

“While immigration packs a powerful punch and it is incredibly important for Latinos, we care deeply about the economy and jobs,” Martinez said. “We care deeply about how we’re going to recover from the pandemic and about health care, particularly the cost of health care, and all of those things are interconnected and they also intersect with the most vulnerable among us who are immigrants and the undocumented.”

There are obvious political reasons to address the fastest-growing population in the country.

Matt Barreto, a Democratic pollster who advised the Biden campaign, said political parties need to engage with the community well ahead of elections, noting the large number of first-time voters who are Latino.

“Because of that churn of new citizens and young people, you can’t take the Latino vote for granted,” he said.