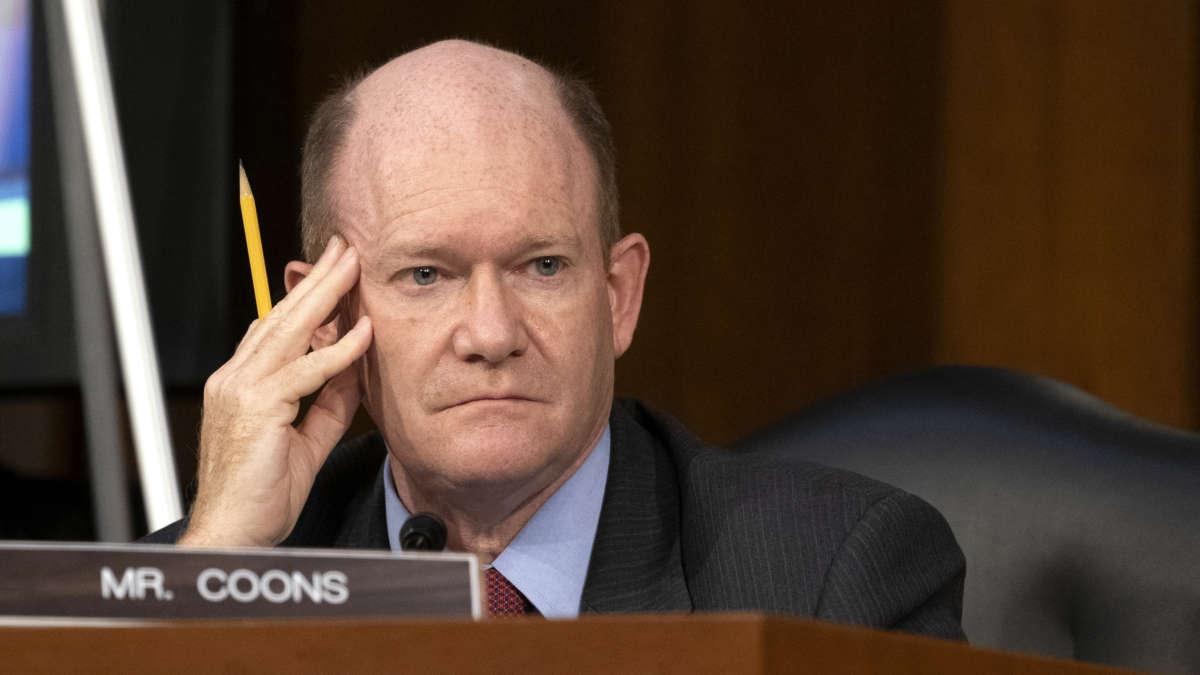 Judge Amy Coney Barrett declined to answer a question from Sen. Chris Coons, D-Del., Wednesday about whether the Supreme Court ruling that protects the right to buy and use contraception was correctly decided.

The 7-2 decision in Griswold v. Connecticut is viewed as the basis for Roe v. Wade, the 1973 ruling that legalized a women’s right to abortion nationwide.

Instead of directly answering Coons’ question about whether the Supreme Court made the appropriate ruling in Griswold, Barrett said she found it unlikely that decision would ever be overturned.

“It seems unthinkable that any legislature would pass such a law” taking away the right to buy or use contraception, she said. “I think the only reason that it’s even worth asking that question is to lay a predicate for whether Roe was rightly decided.”

Coons responded by pointing out that during their confirmation hearings, current Justices John Roberts, Samuel Alito, Brett Kavanaugh and Elena Kagan all spoke about Griswold.

“Your predecessors talked about Griswold in detail,” Coons said. “In fact Justice Kagan, who you’ve been sighting on the ‘no grading,’ said ‘I do’ that she’s willing to speak to it and ‘as every nominee has, I do support the result in Griswold,’ ” he added.

Again, Barrett responded by saying it was highly unlikely Griswold would ever go away.

But in Little Sisters of the Poor v. Pennsylvania, the court ruled the Trump administration had the right to allow employers to deny contraceptive coverage on the basis of religion.

Throughout the hearings this week, Democrats have centered on the issue of precedent and have asked Barrett, with little success, about her views on landmark cases in an attempt to gauge her commitment to it.

Based on her writing, many Democrats fear Barrett would move to overrule some of the court’s precedents, particularly Roe. Coons pointed to a 2013 Texas Law Review article in which Barrett argued that a Supreme Court Justice should disregard precedent if she believes a prior ruling was incorrectly founded.

When asked about Roe on Tuesday, Barrett told Sen. Amy Klobuchar, D-Minn., that she did not consider the case to be a super-precedent. Barrett described super-precedents as cases that are so widely agreed upon that no one would ever push for their overrule, such as Brown v. Board of Education.

“Roe is not a super-precedent because calls for its overruling have never ceased, but that doesn’t mean that Roe should be overruled,” Barrett said.