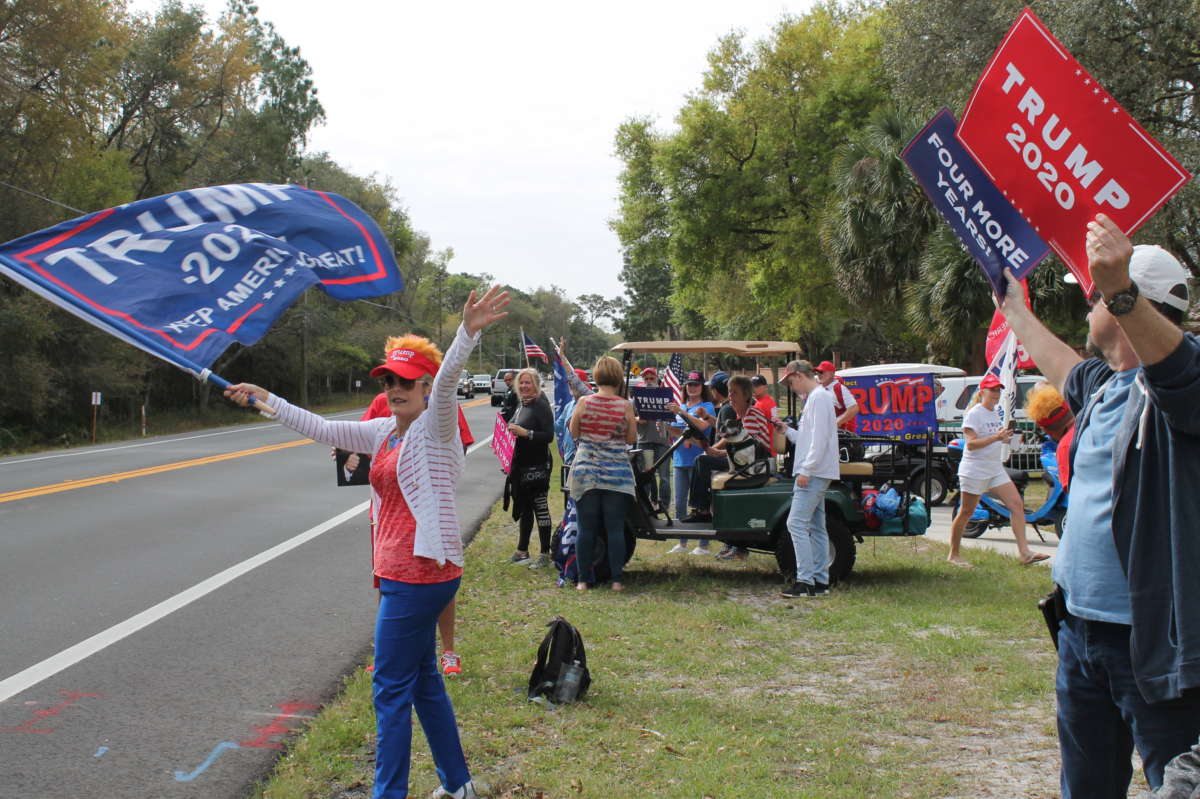 Some Trump supporters were outside the house by 9 a.m. this morning to welcome Trump this afternoon. Photo: Danielle Prieur

President Donald Trump attended a private campaign fundraiser at a home in Seminole County today. The president’s visit came amid growing fears over the spread of coronavirus and worries about a recession.

Supporters outside the event say Trump’s first term has been good for the economy.

At Bob Dello Russo’s estate in Lake Mary, supporters could take part in a round table and reception and get a photo with the president for the price of $100,000 dollars per couple.

Some supporters rode their golf carts to the rally. Photo: Danielle Prieur

Others rode their bikes to the rally. Photo: Danielle Prieur

Will Companioni says Trump’s been good for the economy and the unemployment rate, and he wants another four years.

“And it has been a positive thing for everyone, but especially groups that were previously in a tough spot such as Hispanics like myself or African Americans.”

“Wages are still stagnant. I know Latinos who are employed that are still seeking a second or a third job just to make ends meet.”

He said with the economy doing well he too wants to see another four years for Trump.

“We’re on a roll. Keep it going. And you know we’re looking to the future too. I’m thinking that his daughter and Candace Owens or his son and maybe somebody else as his running mate.”

Trump was supposed to deliver the keynote address at the HIMSS Global Health Conference on Monday at the Orange County Convention Center.

The conference was canceled because of the rise in coronavirus cases globally.