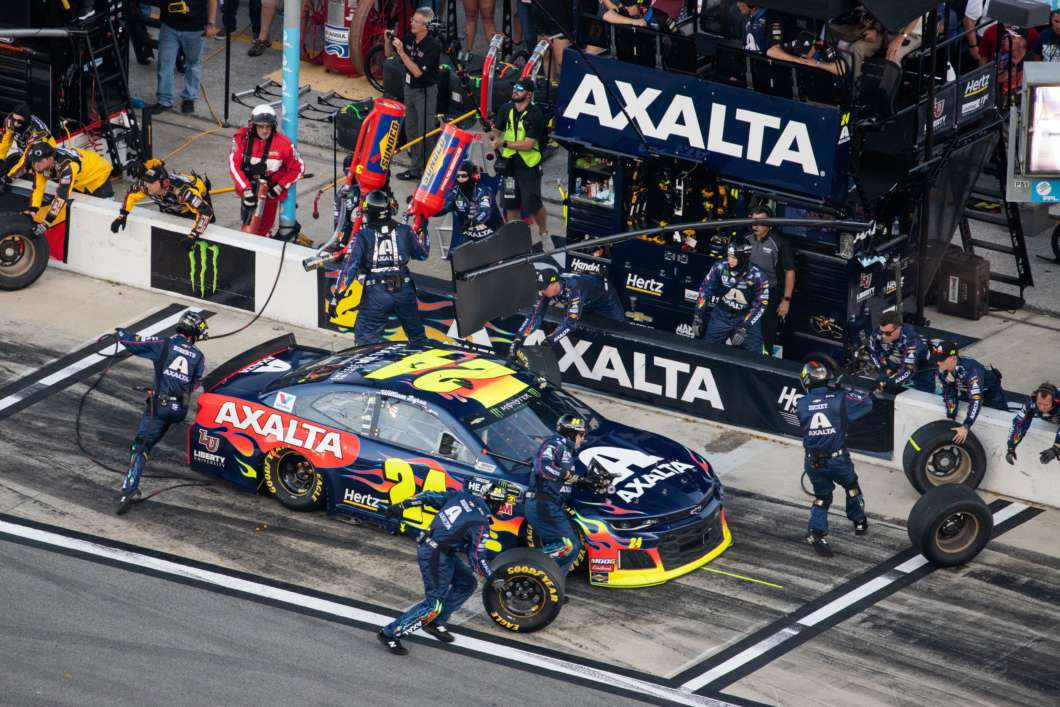 The President and First Lady will attend the 200 lap race on Sunday. Photo: Andrew Roberts @ar1428

The NASCAR season opens this Sunday with the 62nd annual Daytona 500. The race is big business for the local economy. There’s an extra buzz around the speedway this year with President Donald Trump and First Lady Melania Trump  in attendance.

In a statement, Daytona International Speedway President Chip Wile said he’s “honored that the President of the United States has chosen to experience the pageantry and excitement of ‘The Great American Race’.”

Statement from Daytona International Speedway President Chip Wile regarding the visit of the President of the United States to the DAYTONA 500. pic.twitter.com/YvyHgv1HiW

The last sitting president to attend the Daytona 500 was George W. Bush in 2004.

“It affects our hotels, our mom and pop businesses see a tremendous spike in their sales. People make money off of parking.”

Speedway spokesman Andrew Booth says the economic impact generated in a year by NASCAR is near $1.6 billion dollars.

“We have track activity close to 300 days out of the year at Daytona International Speedway and all of that helps fuel the economy here in the state of Florida.”

Along with the president and first lady, spectators from all 50 states and almost the same number of countries will be in the stands on Sunday to watch the 200 lap race.

Henry says with some 100,000 visitors security is tight at the tracks before and during the race. He says that’s why they’re ready for President Trump’s visit.

“I feel very confident and comfortable in what we will be able to do in hosting the leader of the free world.”

Ladies and Gentlemen start your engines but not your drones. The Secret Service is securing the @NASCAR Daytona 500 by providing a 30 mile “No Drone Zone”. Enjoy the race. pic.twitter.com/pHjp7Bvwix

Earlier this week, the FAA notified pilots of flight restrictions near the track while the Secret Service tweeted it will enforce a 30 mile no drone zone in the area.