President Biden is expected to blame Trump for the Capitol riot in a Jan. 6 speech 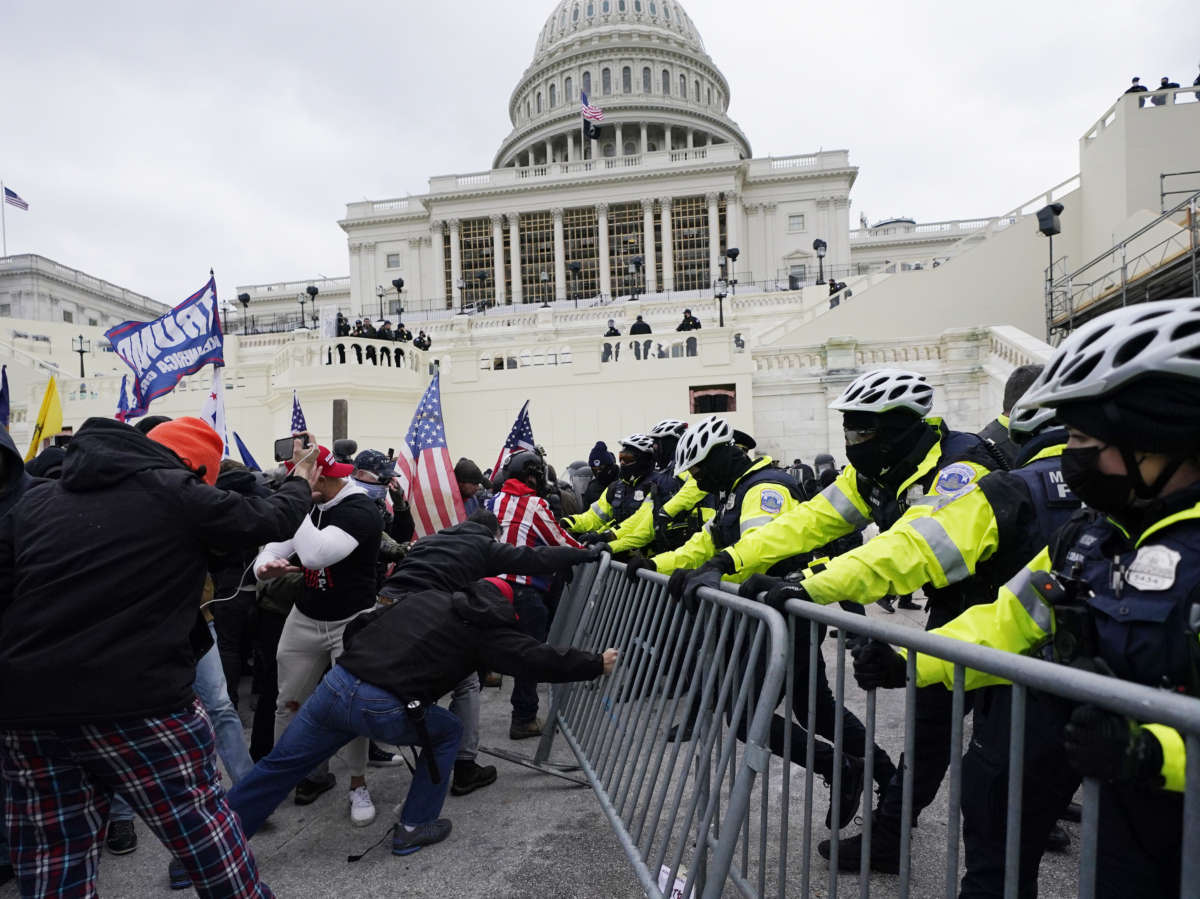 Insurrectionists loyal to President Donald Trump try to break through a police barrier at the Capitol in Washington on Jan. 6, 2021.
Image credit: Julio Cortez

Biden plans to mark the anniversary with a 9 a.m. ET speech at the Capitol in which he will “speak to the truth of what happened, not the lies that some have spread since,” according to White House press secretary Jen Psaki.

You can watch the speech live here:

Biden is expected to lay blame for what happened that day on Trump, Psaki said.

“I would expect that President Biden will lay out the significance of what happened at the Capitol and the singular responsibility President Trump has for the chaos and carnage that we saw,” she said. “And he will forcibly push back on the lie spread by the former President in an attempt to mislead the American people and his own supporters, as well as distract from his role in what happened.”

He will also speak to the work needed to do to strengthen American democracy and institutions “to reject the hatred and lies we saw on January 6th and to unite our country,” Psaki said.

Democratic lawmakers have planned a day-long series of events at the Capitol to mark the anniversary, ranging from a moment of silence on the House floor at 12 p.m. ET, to a conversation with historians Doris Kearns Goodwin and Jon Meacham, moderated by Librarian of Congress Carla Hayden at 1 p.m. ET. The purpose is “to establish and preserve the narrative” of Jan. 6, according to a statement by House Speaker Nancy Pelosi.

There will also be a prayer vigil on the Capitol steps led by Pelosi and Senate Majority Leader Chuck Schumer at 5:30 p.m. ET. Lawmakers will also have the opportunity to share their reflections of the day.

The days events, Pelosi said, “are intended as an observance of reflection, remembrance and recommitment, in a spirit of unity, patriotism and prayerfulness.”