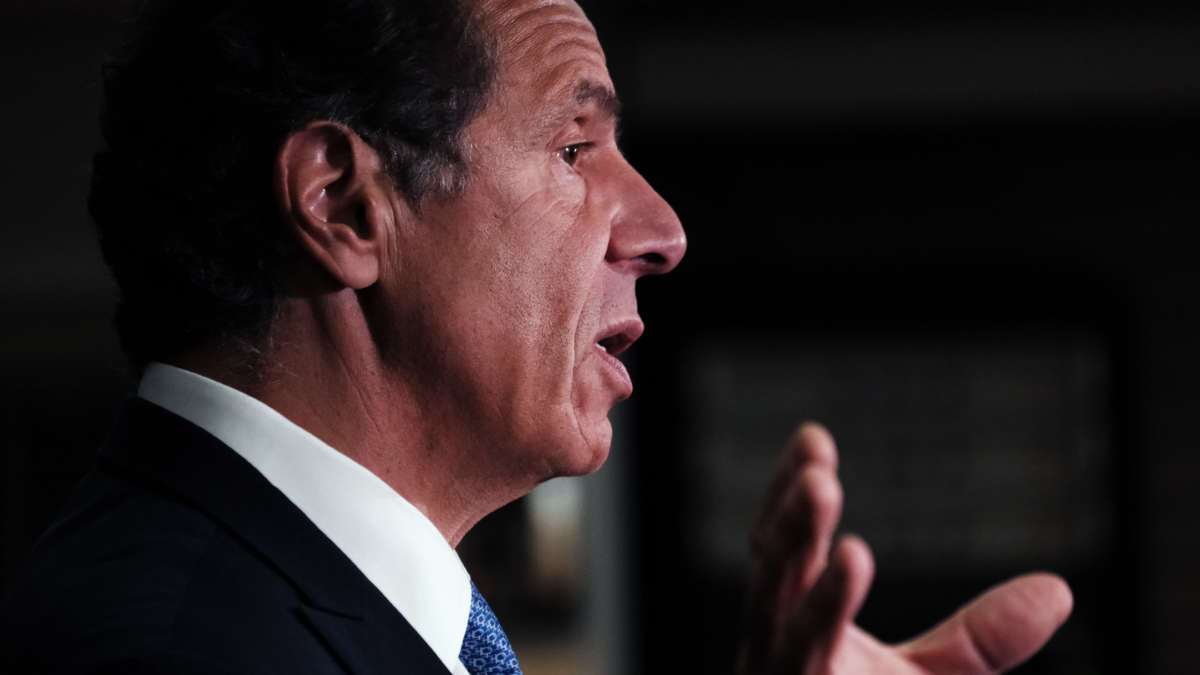 President Biden called on New York Gov. Andrew Cuomo to resign Tuesday after an explosive new report was released by the New York state attorney general’s office on allegations of sexual harassment against the governor.

“I think he should resign,” Biden said of his fellow Democrat.

He stopped short of calling for Cuomo’s impeachment and removal by the New York State Assembly, or whether he should be prosecuted.

The report details multiple allegations of sexual harassment, said that the Cuomo administration was a “hostile work environment,” and that Cuomo violated multiple federal and state laws — though the office is not pursuing a criminal investigation.

Asked if he condones Cuomo’s use of a photo of him that the governor is using to defend himself, Biden said, “Look, I’m not going to fly spec this. I’m sure there were some embraces that were totally innocent, but apparently the attorney general decided there were some that weren’t.”

Back in March, Biden said if the state attorney general’s investigation confirmed the allegations against Cuomo, that, “Yes,” he should resign. “I think he’ll end up prosecuted, too.”

Biden has had a long friendship with Cuomo dating back to the years that his father, Mario Cuomo, was governor of New York. The elder Cuomo is revered in New York and became a national figure, especially with his 1984 Democratic National Convention speech, laying out the direction for the party while it was in the political wilderness during the Ronald Reagan years.

Cuomo continues to deny he did anything inappropriate, and in a taped video released Tuesday, he defended himself, speaking directly to New York voters.

“Politics and bias are woven throughout all of this,” Cuomo said. “One would be naïve to think otherwise, and New Yorkers are not naïve.”

Cuomo is up for reelection for a fourth term next year, and, to this point — despite pressure from many leaders within his own party — he has refused to step aside and says he will run again.

On Tuesday afternoon, House Speaker Nancy Pelosi, D-Calif., also called on Cuomo to resign. She called the investigation “comprehensive” and praised the women who “came forward to speak their truth.”

What’s in the report

The 165-page report, the result of an independent investigation under the aegis of state Attorney General Letitia James, was blistering.

“Specifically, we find that the Governor sexually harassed a number of current and former New York State employees by, among other things, engaging in unwelcome and nonconsensual touching, as well as making numerous offensive comments of a suggestive and sexual nature that created a hostile work environment for women,” it said.

It also pointed out that Cuomo’s office had a culture “filled with fear and intimidation” and that “normalizing the Governor’s frequent flirtations and gender-based comments … contributed to the conditions that allowed the sexual harassment to occur and persist.”

The report said Cuomo’s behavior showed a “pattern of conduct” that included, when it came to a personal assistant:

And outside of his staff, a state trooper on his personal detail came forward with new allegations that included:

“running his hand across her stomach, from her belly button to her right hip, while she held a door open for him at an event; (2) running his finger down her back, from the top of her neck down her spine to the middle of her back, saying ‘hey, you,’ while she was standing in front of him in an elevator; (3) kissing her (and only her) on the cheek in front of another Trooper and asking to kiss her on another occasion, which she deflected; and (4) making sexually suggestive and gender-based comments, including (a) asking her to help him find a girlfriend and describing his criteria for a girlfriend as someone who ‘[c]an handle pain,’ (b) asking her why she wanted to get married when marriage means ‘your sex drive goes down,’ and (c) asking her why she did not wear a dress.'”

State troopers are required to have three years on the job to be in the governor’s detail, but this trooper only had two. The requirement was waived for her after Cuomo specifically asked for her after meeting her at another event, the report states.