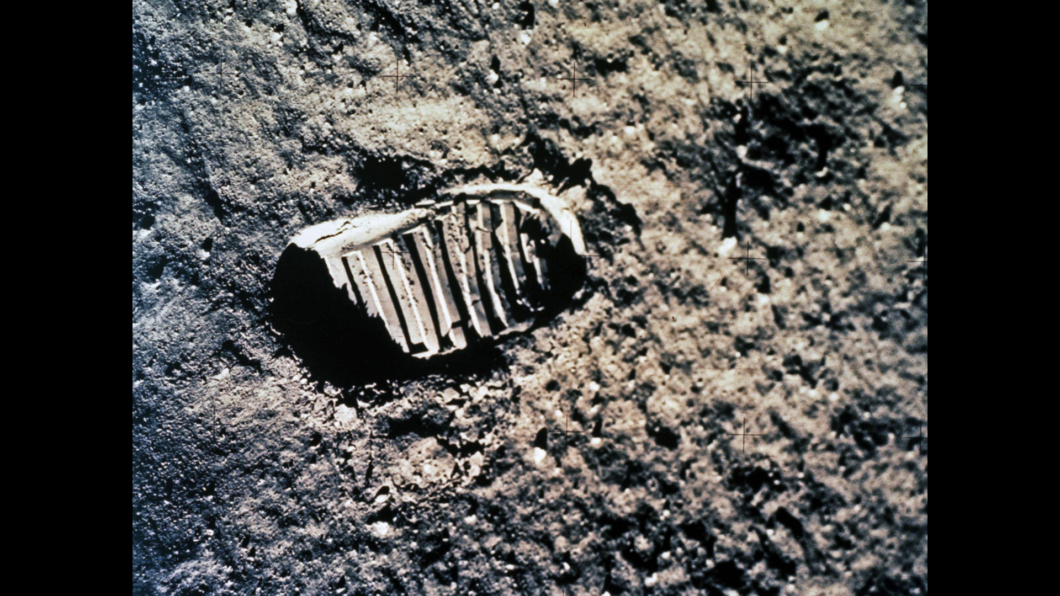 Scientists believe the footprints of the twelve Apollo moon-walkers remain untouched by wind or erosion on the lunar surface. But as more countries — and companies — set their sites on the moon, advocates are worried that there are no international laws protecting the historic sites from tampering or damage.

Michelle Hanlon is the co-founder of For All Moonkind, a non-profit dedicated to the legal preservation of the Apollo site. Hanlon spoke to 90.7’s space reporter Brendan Byrne about the efforts:

MICHELLE HANLON: We have one very simple mission and that’s to save the boot prints — the traces of our very first footsteps off of this earth and on to another celestial body. We’re talking about Neil and buzzes footprints at Tranquility Base. And, of course, all of the other heritage and history that we have a different lunar landing sites on the moon and throughout space. But ultimately, what we want to do is make sure that those memories, the memories that we’re celebrating the 50th year of right now, are never destroyed or or vandalized or otherwise disturbed.

BRENDAN BYRNE: I think it’s important to note that because of the environment of the moon, those footprints that were pressed into the lunar soil 50 years ago are still there. Right?

HANLON: Exactly, and probably pristine. Obviously, we don’t really know exactly what they look like now, they they are subject to some sort of micrometeorite pounding them and so forth. But we can see from the images from the LRO [Lunar Reconnaissance Orbiter], you can actually still see the astronaut footpaths, and on the other Apollo sites, the rover tracks. It’s really exciting to think about what’s there, you know, to look at those footprints, and to just be inspired by them, I think it’s so important. And we really want to make sure that as we go back to the moon, both with rovers and with humans, that were able to protect those sites, because they they will inspire for generations to come.

BYRNE: So Michelle, tell me about the protections that are in place now for these six Apollo landing sites.

HANLON: So the sites themselves aren’t protected at all. The objects, the anything, that get put in space remains the property of the nation that put them there. So all the objects, the LEM, the flags, that you know whether or not Neil dropped his daughter’s bracelet, all of those things belong to United States, and they are protected by something called due regard. Any actors in space have to conduct their space activities with due regard for other actors in space. Now, don’t get me started on what does that actually means because, as you know, lawyers, we can parse anything out. But it’s not a prohibition – it’s just a balance.

BYRNE: Michelle, with with the 50th anniversary in full swing, do you think that there’s going to be a an extra push [for protection]?

HANLON: You know, I have to say, it’s been really wonderful to see all of the celebration of the Apollo 50th at the the the museum’s, the branding, the Oreo cookies. I don’t think anybody thinks about the sites and we’re really trying to use this 50th anniversary to raise public awareness of the fact that those sites are not protected. People are really surprised when I tell them that and a lot of people in the U.S. will actually say, ‘Oh, no, no, it’s a it’s a national park. Right? Or, you know, it’s the Department of Interior National Monument.’ No, it’s not. None of them are protected. And so we’re really hoping to use this anniversary to educate the public. I hope that the public will agree with us that you know, these these boot prints need to be protected. I want my grandsons to see them you know, I want four generations of of Hanlon’s to go back and look at those those footprints the way I looked at, you know, the people turning butter in Williamsburg. Two humans got into a tin can and came up to the moon in that. That’s just such a powerful and inspirational message for for children today and for children tomorrow.

You can listen to the entire conversation by subscribing to WMFE’s ‘Are We There Yet?’ podcast.