Star Motel’s Power Gets Turned Back On: “This Is Literally Families’ Homes and Lives at Stake” 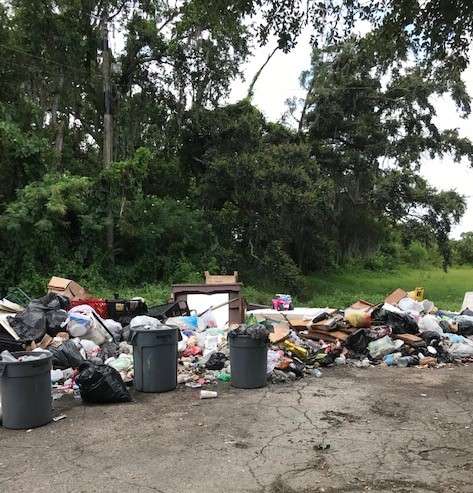 Families at the Star Motel in Kissimmee celebrated Thursday after their power was turned back on for the first time in more than a week.

Star Motel has been hard-hit by the #coronavirus pandemic-here Sarah, a volunteer explains how power and garbage services have been cut off @wmfeorlando @895WMFV @AnnaForFlorida pic.twitter.com/s13reevMOa

That’s Sunshine Cooper. She’s lived at Star Motel down the street from Disney World for the past ten years and today she has power for the first time in ten days.

Cooper says the landlord wasn’t able to pay for utilities or garbage pickup after people stopped paying rent at the start of the pandemic.

“And I for one is one of the tenants who stopped paying rent around March due to the fact that I had lost my job. Tina still did not put me out. She did not give me an eviction notice. She offered me a position here on the property,” Cooper said.

Kathia Badilla who lives at the motel with her mother, daughter and three dogs still has her job. But she’s had to miss work to care for her family in the extreme heat.

“It was really hard. Had to call out of work because it wasn’t safe for my mom to stay here or my daughter or anyone. So been out of work for two weeks now.”

Badilla says now with AC and lights she can focus on going to work and saving up money to move out.

Sarah Russo the front desk manager at the motel said she understands that Kissimmee Utility Authority have to get paid.

But she says they should have tried to find a solution before shutting off the power.

“Where’s the humanity? Where’s the morals because I would not make my worst enemy live like this ever but the outside community is literally waving that white flag for us,” Russo said.

Russo says the motel is not just a hotel. This is home to a lot of people.

“This is literally families’ homes and lives at stake.”

The KUA says the landlord owes them more than 36,000 dollars. The county could foreclose on the property as early as August.