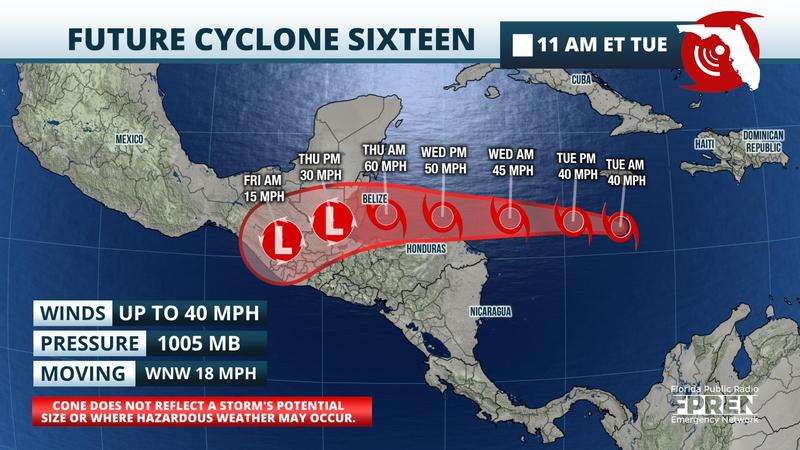 Potential Tropical Cyclone (PTC) Sixteen formed Tuesday morning in the Caribbean south of Jamaica. This system poses no risk to the United States, but could bring some impacts to Central America and the Yucatán in the coming days.

Conditions will begin to deteriorating in parts of northern Nicaragua, Honduras, Belize, Guatemala and the Yucatán by Wednesday.

A Tropical Storm Watch has been issued for the northern coast of Honduras from Punta Patuca westward to the Guatemala-Honduras border, including Roatan Island and the Bay Islands of Honduras.

The National Hurricane Center says that additional development is expected Tuesday and on Wednesday, and a tropical depression or tropical storm could form at any time.

If the system does achieve tropical storm status it will be given the name “Nana”. The earliest “n” named storm on record is Hurricane Nate which formed on September 5th, 2005.