Potential Tropical Cyclone 9 Could Pass Near The Island of Dominica Wednesday, Effects on Florida Remain Unclear 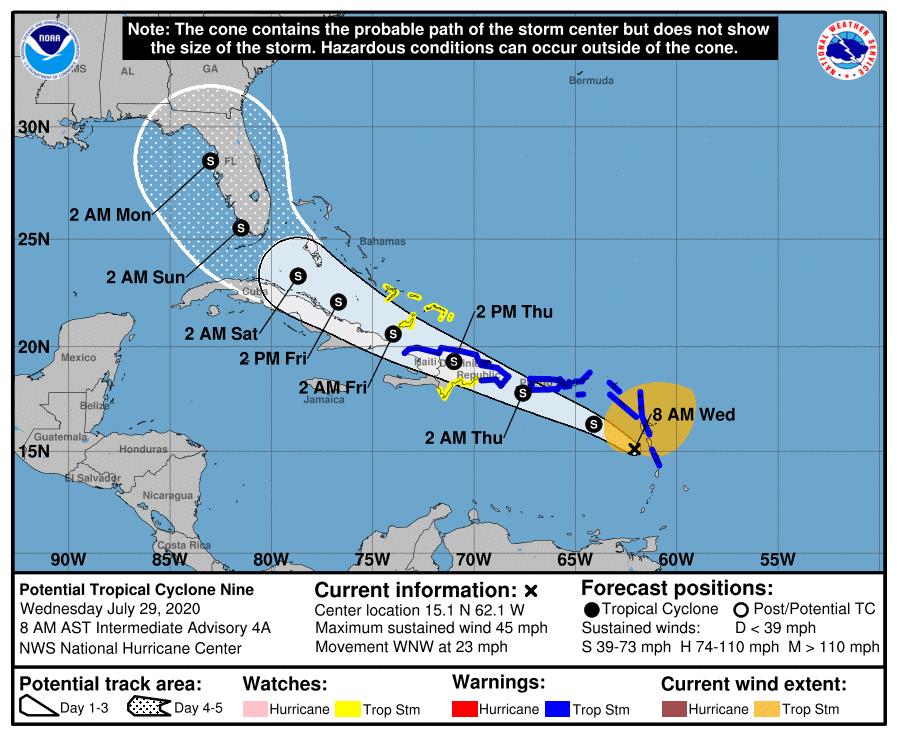 The strong tropical wave forecasters have been following this week is passing near the island of Dominica in the eastern Caribbean Wednesday morning.

Squally weather is likely over the Lesser Antilles, Puerto Rico, and the Virgin Islands today — but any possible effects on Florida remain unclear.

“The forecast models are showing a variety of possible outcomes because the system’s center is still organizing and consolidating. If the storm affects Florida, South Florida would be the first to see tropical storm force winds and heavier showers as soon as Saturday.”

Most of Florida is in the forecast “cone” of uncertainty, but forecasters say there’s higher than usual uncertainty in the system’s track and intensity.