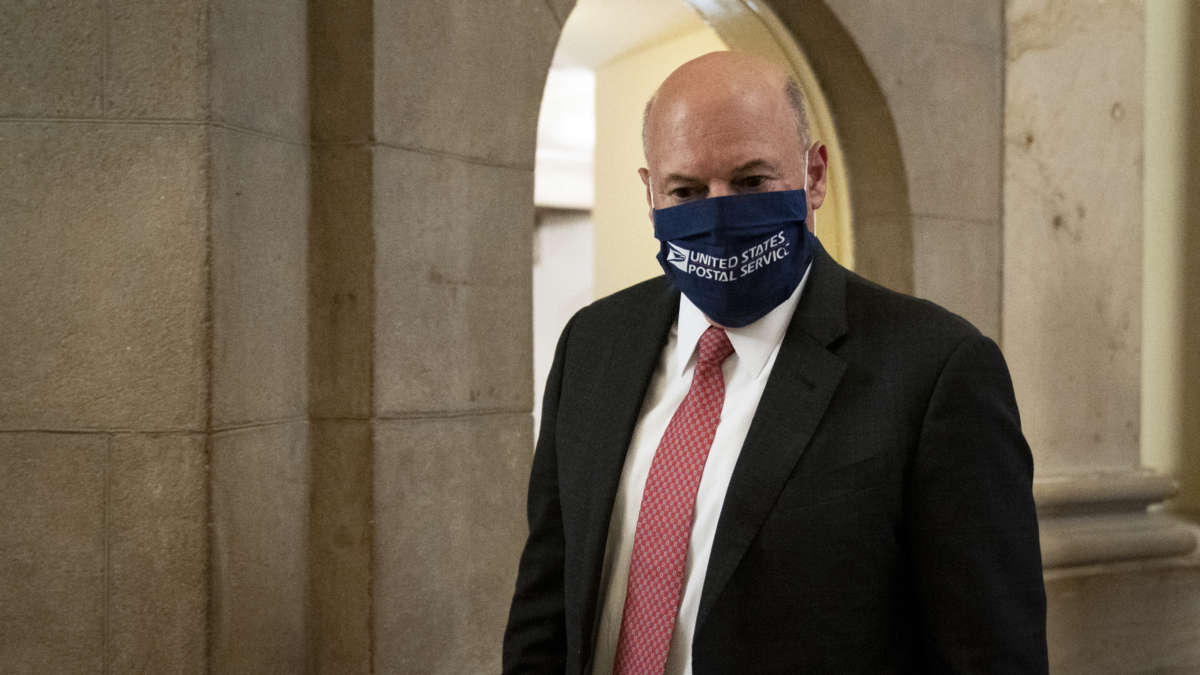 Postmaster General Louis DeJoy is set to take questions from senators on Friday and make his first public remarks since walking back his plan for operational changes that drew heavy criticism.

The U.S. Postal Service that he leads has suffered from financial problems for years but DeJoy, a Republican fundraiser, chose this summer to cut overtime, withdraw sorting machines and impose other changes that have effectively reduced the system’s throughput.

Democrats charged that was part of a scheme by President Trump to sabotage the transit of ballots this year following weeks of sustained criticism by Trump of voting by mail — even though that’s how the president votes.

Critics more broadly complained that the disruptions to the Postal Service were causing people to miss mail and, in some cases, delay the arrival of medications and other such items.

DeJoy is set to appear virtually before the Senate Homeland Security Committee at 9 a.m. on Friday.

DeJoy’s “transformative” overhaul, as he called it, involved cutting overtime for mail carriers, and according to The Washington Post, removing hundreds of mail sorting sorting machines.

It was made in the name of saving money: The USPS lost $9 billion last year, and could lose $11 billion this year, DeJoy said earlier this month. But the changes led to almost immediate reports of mail delays and frustration from postal worker unions, and accusations from Democrats of voter suppression and election sabotage.

“Mail is beginning to pile up in our offices, and we’re seeing equipment being removed,” said Kimberly Karol, president of the Iowa Postal Workers Union, in an NPR interview last week. “So we are beginning to see the impact of those changes.”

Worries were already bubbling about how the changes would affect November’s election, when more than half of all ballots cast are expected to be returned or delivered through the mail.

And President Trump exacerbated those fears, when in a press conference and subsequent interview, he tied Postal Service funding to his hope about hampering mail-in voting expansions nationwide during the pandemic.

In response to the bipartisan backlash to those comments, DeJoy changed course and announced that his organizational changes would wait until after the election.

“To avoid even the appearance of any impact on election mail, I am suspending these initiatives until after the election is concluded,” DeJoy said in a statement.

Democrats made it clear they were still not satisfied, with House Speaker Nancy Pelosi calling the statement “wholly insufficient” and “misleading.”

In particular, Democrats say they want DeJoy not only to halt the changes, but to work to reverse them and replace equipment that was removed, for instance.

Some of Trump’s allies have scoffed at the flap over the Postal Service.

In a note to lawmakers this week, House Minority Whip Steve Scalise, R-La., dubbed Democrats’ proposed bill to aid the Postal Service a “conspiracy theory act” and said there is no true urgent problem with the mail system.

“This bill is nothing but an attempt to fabricate a postal crisis for political purposes, while wasting taxpayer funds that aren’t needed in order to appease unions and trial lawyers,” Scalise wrote.

Lawmakers are expected to press DeJoy for more specifics on the directives he’s given. Most of the information about the changes up to this point has come from media reports and the postal workers unions.

Democrats especially may also just look for reassurances that election mail will be a priority, said former Deputy Postmaster General Ronald Stroman. DeJoy did not respond to a group of top election officials who requested a meeting with him last week, NPR reported.

“The Post Office is not a private company. Its stakeholders are the American people,” Stroman said. “So in these situations you owe it to the American people to be very clear and very transparent about why you are making operational changes.”