Portland beats Orlando 2-1 to claim MLS is Back championship 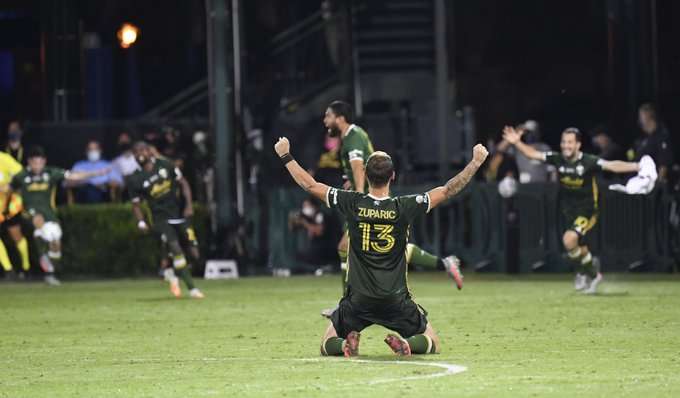 LAKE BUENA VISTA, Fla. (AP) — Dario Zuparic’s first goal of the season gave Portland a 2-1 victory against Orlando in the MLS is Back finale.

Orlando was slow to react to Diego Valeri’s corner kick in the 66th minute.

That allowed Eryk Williamson to collect the ball and take a shot that Jeremy Ebobisse deflected to Zuparic’s feet. Zuparic didn’t have to do much to get it by Pedro Gallese.

The goal set off a raucous celebration on the sideline and sent Orlando into panic mode. The Timbers hugged and danced after the final whistle and later raised the silver trophy on the pitch.