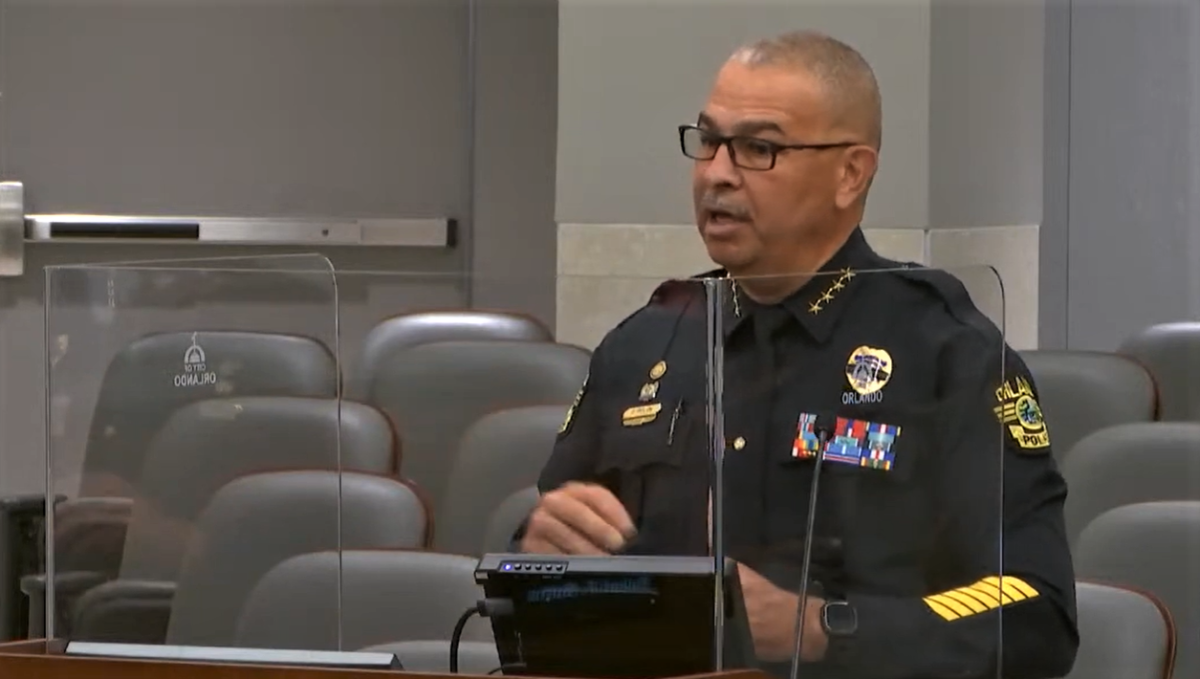 Orlando Police Chief Orlando Rolón told the City Commission he 100% embraces the findings of a recent review. Image: City of Orlando via YouTube

An independent review of the Orlando Police Department recommends community policing, comprehensive rules for the use of force, and better data collection.

But the study failed to address its reason for being: the issue of racial equity at OPD.

City Commissioner Regina Hill is disappointed The Bowman Group did not tackle the key issue of racial disparity.

“It’s great that we paid this $800,000 to analyze OPD but we really didn’t get what we were looking for, I truly believe,” said at a workshop on Monday.

“The reason we made data our number one recommendation is because we got into it and we cannot make a number of those recommendations because of the shortage, the shortcomings of the data,” he said.

Chief Orlando Rolón says he is all-in on the recommendations.

“I one hundred percent embrace the outcome of this process,” he said.

And he believes there’s no systemic racism at OPD.