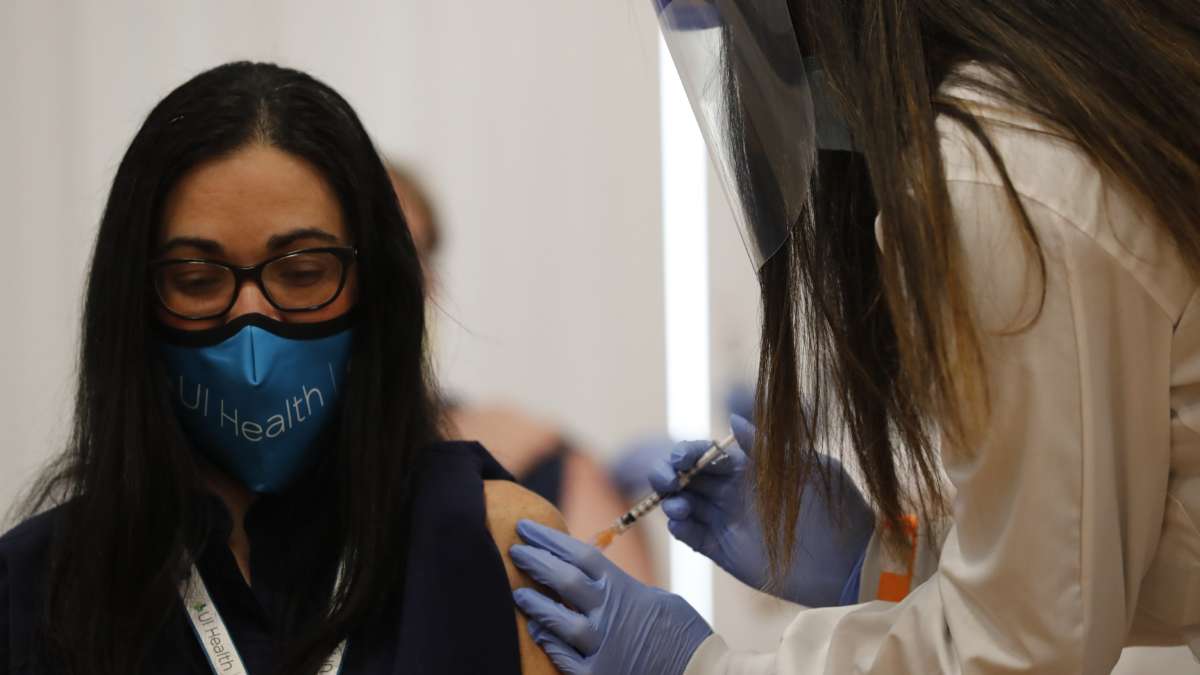 Now that federal regulators have authorized one COVID-19 vaccine for emergency use in the U.S. — and appear close to authorizing another — it seems Americans are growing less reluctant about receiving an inoculation themselves. The Kaiser Family Foundation, or KFF, released a poll Tuesday showing a significant leap in the number of people saying they definitely or probably would get vaccinated.

About 71% of respondents to the late November and early December survey said they would get a vaccine, up from 63% in an August/September poll. KFF says the increase was evident across all racial and ethnic groups surveyed, as well as both Democrats and Republicans.

Of course, since the previous poll, there have been important advances in the development of a vaccine for COVID-19, which has cost more than 300,000 lives in the U.S.

Earlier this week, health care professionals began administering the first doses of a vaccine developed by Pfizer and BioNTech, just days after the vaccine obtained its emergency use authorization from the Food and Drug Administration. And on Tuesday, the agency’s glowing analysis of a vaccine developed by Moderna suggested that another vaccine is on track for authorization.

The KFF poll results offer hopeful news for epidemiologists and federal officials, who, along with developing and distributing the Pfizer vaccine for widespread immunizations, have faced another yet another daunting task: simply persuading Americans to trust it and get it themselves.

“The FDA’s review process means that all Americans can trust and be confident in vaccines — not just COVID-19 vaccines, but all vaccines reviewed by the FDA and available in the United States,” Peter Marks, director of the FDA’s Center for Biologics Evaluation and Research, asserted in a news briefing Saturday.

Just over a quarter of respondents in the KFF poll continued to express skepticism, saying that they either probably or definitely would not get a vaccine, even if it is available for free and determined by scientists to be safe. Among those who expressed this reluctance, most said that they were worried about possible side effects, or that they just do not trust the government.

This hesitancy is highest among Republicans, in particular, at 42% — though even among members of the GOP, such skepticism appears to be eroding in recent months. The percentage of Republicans saying that they will probably or definitely get a COVID-19 vaccine leapt 9 points since the August/September poll, and now stands at 56%. That number is considerably higher — 86% — among Democrats.