Poll: A Fear Of High Costs Linked With Worsening Health 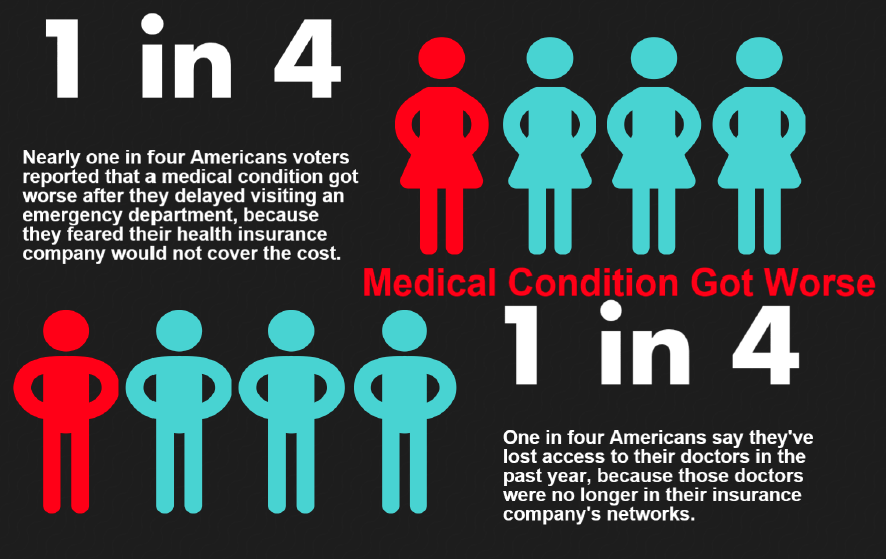 A national poll from the American College of Emergency Physicians links fears of high costs with worsening health.

The view on health insurance from the emergency department is pretty grim.

In a national survey, one in five people said they had put off or avoided medical care because they were afraid of what it would cost.

“Which is causing them increased risk to their health and their life,” said Dr. Andrew Bern, a spokesperson for the American College of Emergency Physicians, the organization that commissioned the survey.

He’s based in Coral Springs and he says ER docs like him see what happens when costs get in the way of medical care:

“People are delaying the care and they’re getting sicker when they come,” Bern said.

The survey also found that a third of people felt their insurance coverage had gotten worse in the past year. Another quarter of people said they’d lost access to a doctor.

Bern points to insurance plans with narrow provider networks and high-deductibles as sources of dissatisfaction.

“It is time for patients to realize — particularly as we start heading toward the elections — that they have a vested interest in knowing about these issues,” he said.