Polk Elections Take Place Despite Virus; Pasco, Others Get Governor To Move Theirs 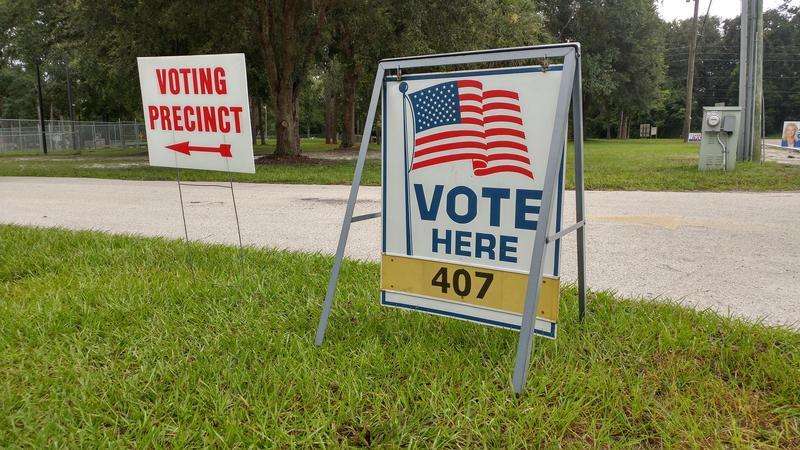 It’s going to take more than a pandemic to keep people from voting. At least in Polk County, where just under fifteen percent of registered voters went to the polls in six cities. That’s about average or a little higher than normal.

“City election turnout is always low, and I’ve looked back and in all instances it’s comparable to previous years, and in some instances maybe a little higher,” said Polk Supervisor of Elections Lori Edwards.

Poll workers were on hand to sanitize every booth after each person voted.

“We did have good turnout,” she said. “So we actually would up having some lines, because of course we limited the number of people allowed at each polling location at any one time. So that resulted in people being outside or backed up from the door, standing six feet apart.”

The Ledger newspaper reported state Sen. Kelli Stargel, R-Lakeland, tried unsuccessfully to reach the governor to get him to postpone the elections. Elections supervisor Lori Edwards said she can’t do that on her own.

“Election dates are, in law – or in many instances, in municipal elections, they’re in city charters – and they’re very hard to move,” Edwards said. “You can’t just make up your mind to move an election. Either the city or the governor might have that authority, but it’s for certain that the supervisor of elections don’t have the authority to change election dates.”

Pasco County has similar elections in three cities next Tuesday. Last week, Supervisor of Elections Brian Corley sent a letter to the governor asking that they be postponed until the state primary election in August. Corley said Wednesday he hasn’t heard back from the governor. On Wednesday night, DeSantis issued an executive order saying that elections in the cities of San Antonio, Dade City and  Zephyrhills be postponed until a later date.

During Florida’s presidential preference primary in March, Pasco found itself short of more than 200 volunteer poll workers because of fears about contracting the coronavirus.

Twenty-four municipal elections across nine counties are scheduled in the coming months, prior to the August primary.  DeSantis says he’ll work with local governments that want to move elections.

“Certainly, anyone that requests to me pushing off to August, I don’t think there is any election that couldn’t be done in August,” he said. “I don’t think we’d lose much. So, I am happy to work with them on that.”

Also, Florida’s election supervisors are asking the governor to give them more time to mail out ballots. They also want to shrink the number of polling sites and start early voting, earlier. The changes are being requested as supervisors anticipate a shortage of poll workers in the coming elections.

“Accommodations do need to be made and we’re hopeful the governor will listen to the supervisors and those of us who believe these changes are really needed,” said League of Women Voters President Patricia Brigham, who says the group is backing the request.

The League is urging voters to request mail-in-ballots early.