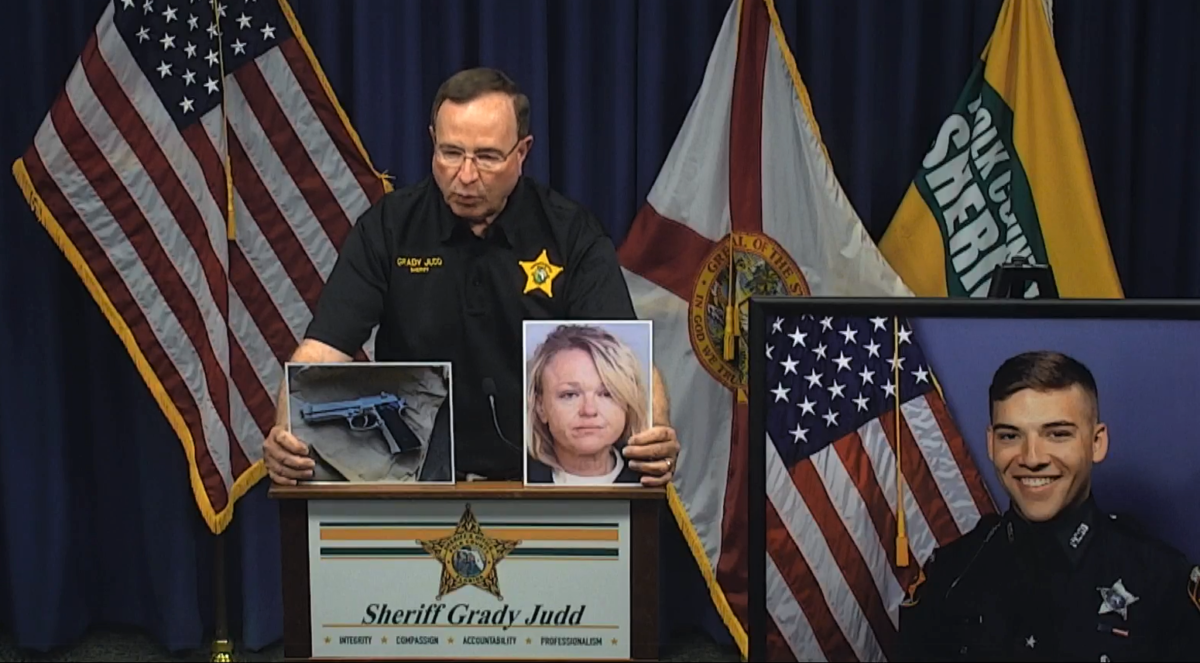 A 21-year-old Polk County sheriff’s deputy was killed by a bullet from another deputy’s gun early Tuesday morning as four of them served an arrest warrant on a woman in Polk City.

Sheriff Grady Judd said the suspect pointed a realistic-looking BB gun at deputies who had entered a mobile home and that two of them fired six shots at her.

The woman was struck twice and injured.

Deputy Blane Lane, who was positioned outside the mobile home, was struck and killed by a bullet that passed through an exterior wall.

Judd said the other deputies are “absolutely devastated.” They are on administrative leave, pending an internal review.

Judd praised Lane, who had been a patrol deputy for 8 1/2 months, as outstanding law enforcement officer. The sheriff said Lane leaves behind a 3-year-old child.

The woman — 46-year-old Cheryl Williams, who has served time for trafficking meth — was wanted for failure to appear in court in another drug case. Judd said she is hospitalized under guard and faces a charge of second-degree felony murder.