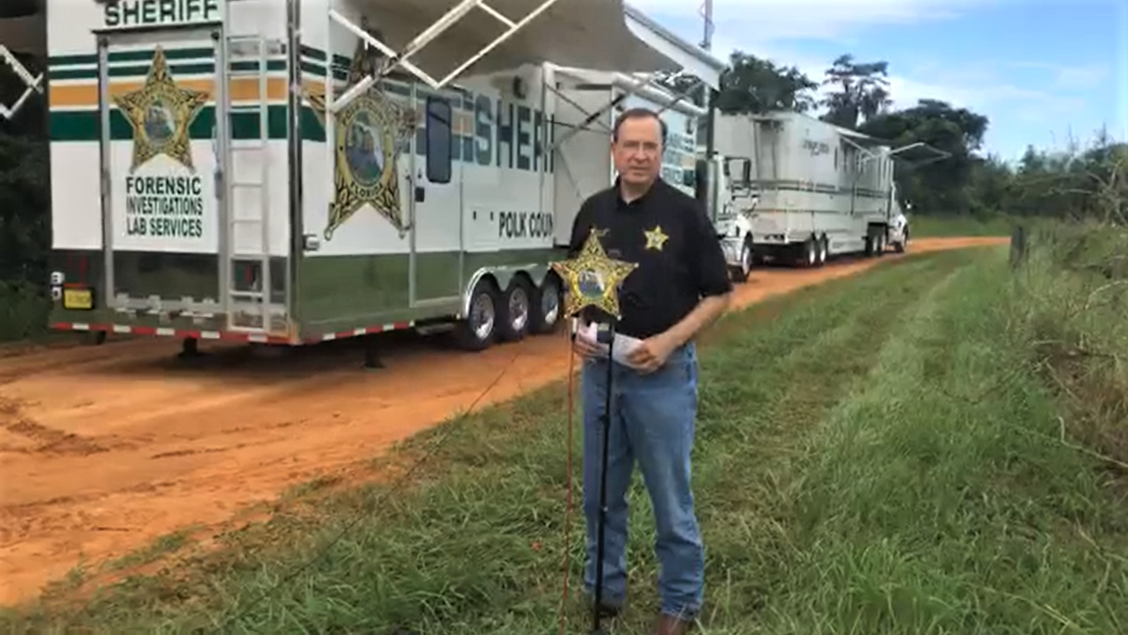 Polk County Sheriff Grady Judd speaks to the media on Lake Streety Road near the scene of a triple homicide. Image: PCSO via Facebook

The Polk County sheriff is asking for the public’s help in finding the killer — or killers — of three men who were beaten and shot on rural dirt road Friday night.

The three close friends from Frostproof — Damion Tillman, 23; Keven Springfield, 30; and Brandon Rollins, 27 — had traveled to Lake Streety Road in two pickup trucks to go night fishing, according to the Sheriff’s Office.

Sheriff Grady Judd said Tillman arrived first and was killed, and then the other two arrived and “were shot up.” Judd said the killings occurred around 10 p.m. and the men appeared to be beaten and shot.

“And all three of them are dead, they’re murdered,” Judd said in a Facebook Live video of a press conference. “Worse than that, they’re massacred.”

Judd said Rollins called his father, asking for help. His father drove there and found him “barely alive” and found the other two dead, according the Sheriff’s Office.

Rollins spoke with his father before dying, but the Sheriff’s Office didn’t disclose what he said.

“This is a horrific scene. I’ve seen a lot of murder scenes in my life,” Judd said. “And this ranks among the worst I’ve been to.”