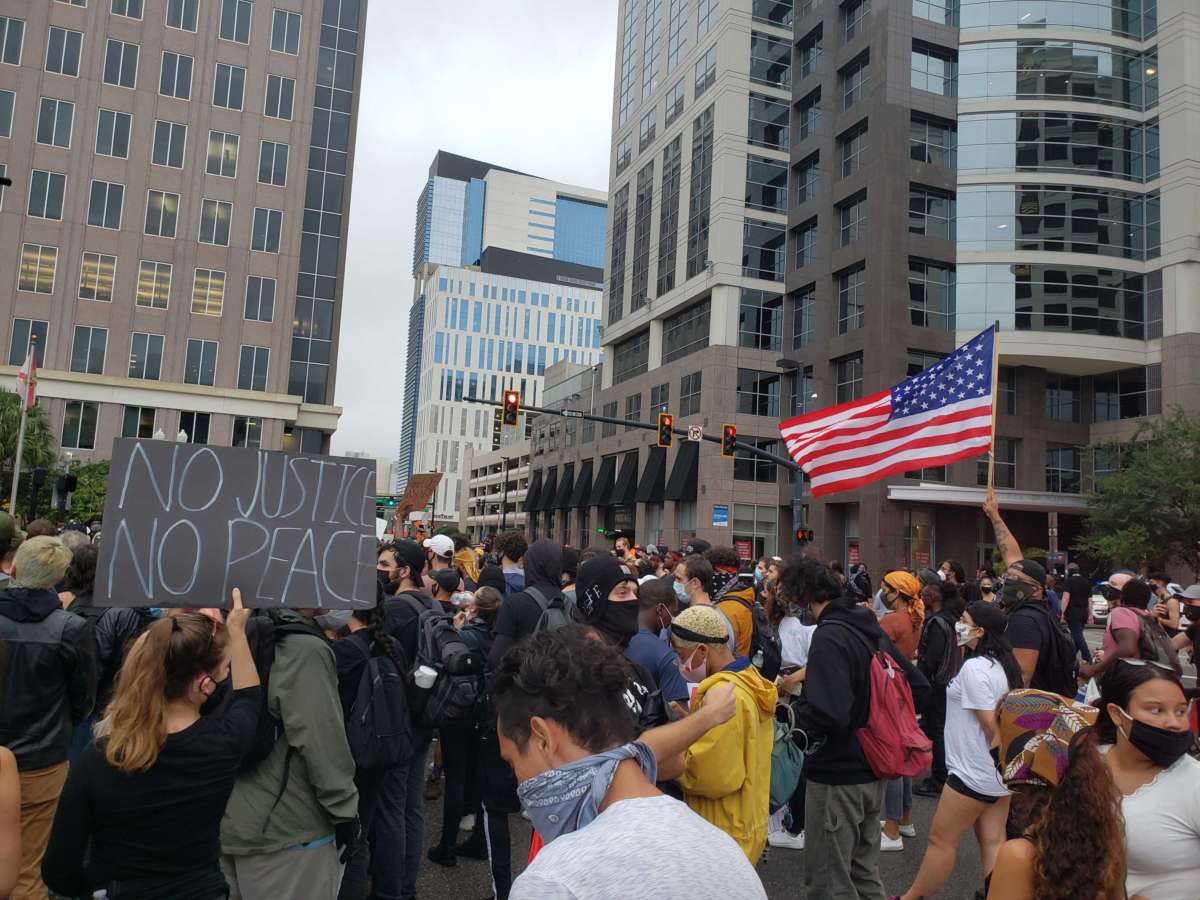 Listen to part one of the discussion here:

Listen to part two of the discussion here:

Florida lawmakers have reached the midpoint of this year’s two-month legislative session.

Political analysts Frank Torres and Dick Batchelor join Intersection to discuss two bills that have stirred up controversy and other pieces of legislation that could have profound impacts on Florida residents.

The Florida House of Representatives passed HB 1, also known as the “anti-riot bill,” in late March. The bill defines a riot and increases penalties for crimes committed during a riot. Opponents say the bill is an attack on the right to protest and will disproportionately affect communities of color, while supporters say the bill protects First Amendment rights.

“Most protests are nonviolent,” he says. “And if those, you know, people participating in those protests remain nonviolent, then they don’t have anything to worry about.”

Batchelor says the bill is all about setting Gov. Ron DeSantis up to run for president in three years.

“He’s pretending that we’re so right in the state of Florida,” he says. “‘We’re passing this kind of legislation.’”

Batchelor and Torres say that HB 1475, the Fairness in Women’s Sports Act, is also “photo op legislation.” The bill would require anyone participating in girl’s and women’s sports at the K-12 and college levels to be biologically female.

Batchelor says the bill is a solution to a problem that doesn’t really exist.

Torres says the bill is a complete waste of time in the middle of one of the most important legislative sessions Florida has had in some time.

“It’s one of these bills that, when I see taking up time during the hearings, you know, I just want to roll my eyes because there’s just so many other better things we could be working on,” he says.

Batchelor says HJR 61 and SJR 1238–resolutions that would increase the percentage of elector votes required to pass a constitutional amendment or revision from 60% to 66.66%–would restrict the public’s right to petition the government.

“You can’t do masking regulations; you can’t pass environmental standards that are more substantial than the state has set up,” he says. “So to me, that’s kind of under the radar right now because there’s so many things going on…I think that’s strange.”