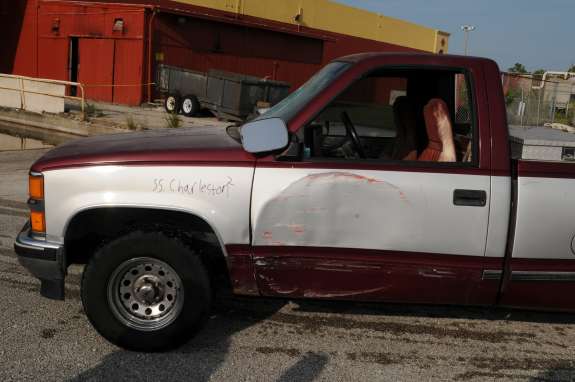 Melbourne police are investigating vandalism and a possible hate crime over the weekend at New Shiloh Christian Center, a predominantly black church. Someone vandalized a truck outside the church and wrote “SS Charleston” on it. Melbourne Police Commander Dan Lynch said the FBI is assisting with the investigation.

“They smashed eggs, they broke a vase, they sprayed some fire extinguishers. Based on the investigation we believe it was multiple suspects. Nothing was done in the church area, it was just all in the back office area,” said Lynch.

Lynch said this church has been vandalized before and that police are stepping up patrols in the area. Police are also on the lookout for a piece of stolen property: a one-foot by one-foot bronze statue of an eagle with its wings spread out valued at more than $2,700.