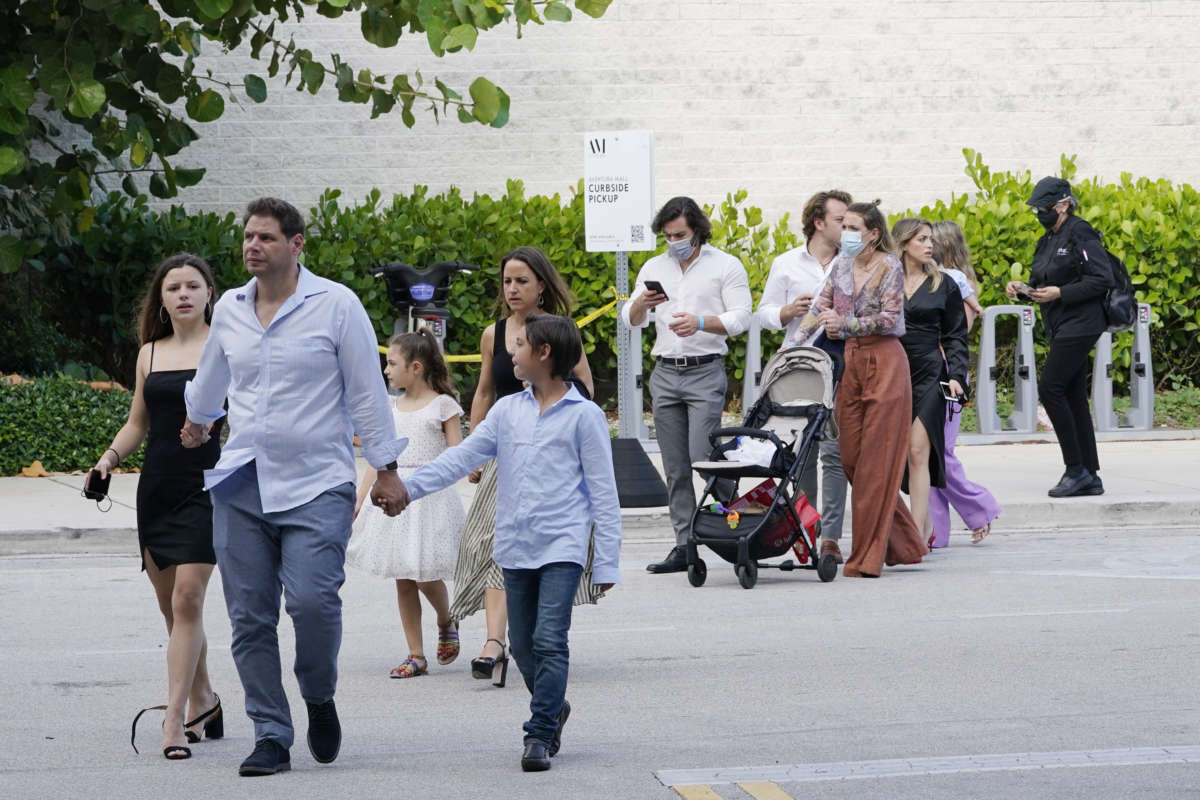 Shoppers who were hiding in stores exit the Aventura Mall after a shooting left three people injured and several suspects in custody, Saturday, May 8, 2021, in Aventura, Fla. Aventura Police said two groups of people had begun fighting in the mall when shots rang out. (AP Photo/Marta Lavandier)

The shooting happened Saturday afternoon at the Aventura Mall, which bills itself as an upscale shopping destination in the greater Miami area.

Some mall patrons said they hid inside stores until they were escorted out.

Aventura Police later said two groups of people had begun fighting when one person fired a gun. Police say the three wounded were taken to hospitals with non-life-threatening injuries.

Authorities say everyone was escorted from the mall afterward and and several people were in custody.