Kathrine Switzer became the first woman to officially run in the Boston Marathon. She never expected what she did in 1967 would thrust her to become a pioneer in the fight for women across the globe to have the right to participate in athletics. Her story is remarkable, heartfelt, frustrating, and empowering. She holds nothing back in this conversation with Marc Middleton and it becomes clear how what she did back then continues to change lives to this day.

James Burrows has been called the Obi-Wan of TV sitcoms. The creator of Cheers and Will & Grace is now in his 80s and still involved in the industry. He discusses the possibility that the era of the sitcom as we know it may be coming to an end.

Sheryl Kurland never expected to start her own non-profit organization but what she saw at a support group for women inspired her to step forward to try to make a difference for as many as possible. She explains how the simplest item that almost every woman has in her purse seems to be able to trigger a remarkable recovery in the lives of victims of abuse. 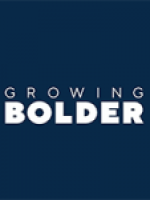