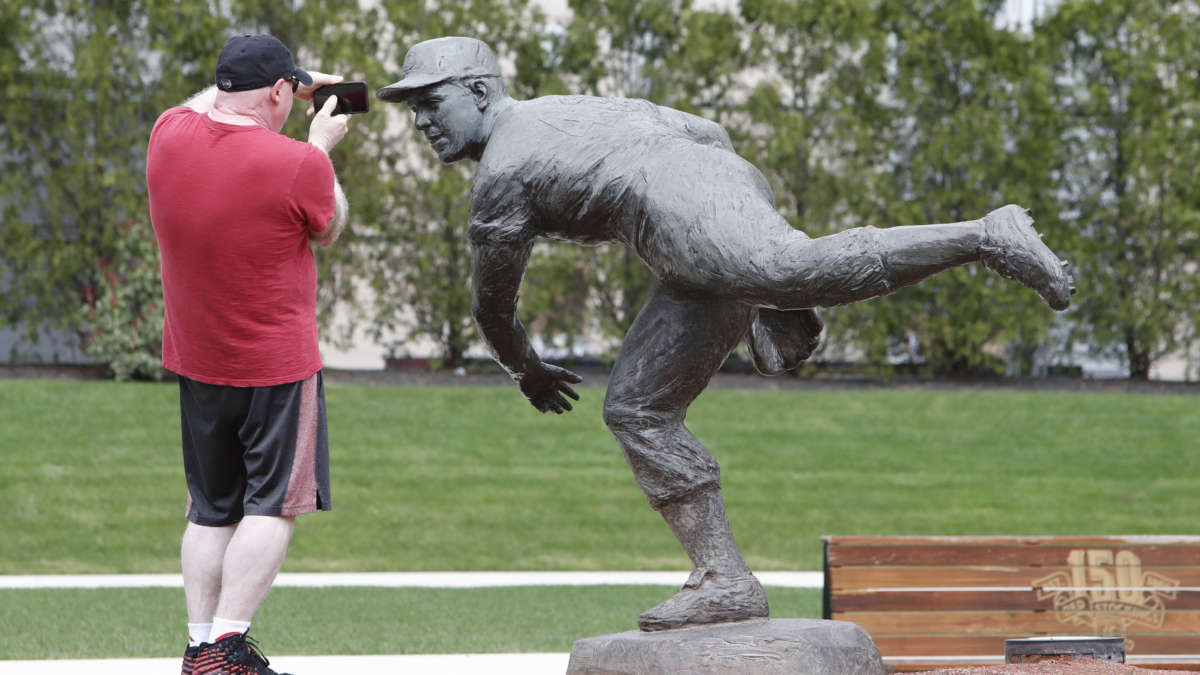 The closest fans can get to Major League Baseball during the coronavirus hiatus — a statue outside Great American Ball Park yesterday in Cincinnati.

Major League Baseball players are bracing for a 2020 that might not see a single game played.

Another possibility forced by the coronavirus outbreak is that the baseball season will move down the calendar.

On Friday, players and the Major League Baseball owners ratified a deal fairly quickly and with both sides taking concessions on economic issues in the face of the pandemic complicating and possibly axing this year’s season.

Under the agreement, players will be paid $170 million in salary in advance over the next two months, according to multiple reports.

Even if the worst-case scenario comes to pass and the whole season is canceled, that money will not have to be paid back, according to the deal.

The season was scheduled to begin Thursday and run until late October. But now, the earliest the season will start is mid-May, depending on the state of the virus outbreak.

Both sides say they are open to the possibility of playing beyond the usual end of the postseason around Halloween.

Trades and signings are frozen, and assignments to the minor leagues have to be made by Saturday, the Associated Press reports.