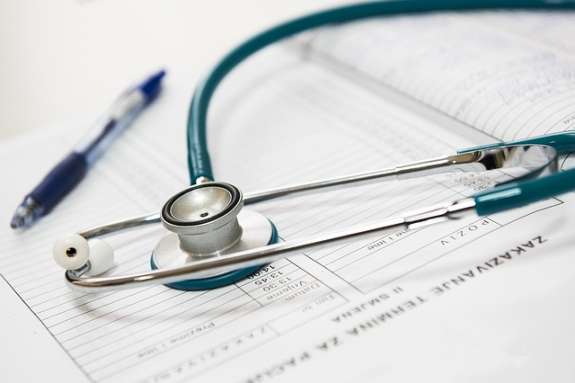 Planned Parenthood is firing back against state citations.

The fallout from sting videos targeting Planned Parenthood is growing in Florida. Gov. Rick Scott ordered the Agency for Health Care Administration to inspect the 16 Planned Parenthood clinics in Florida, and three of the clinics were cited for performing second trimester abortions when only licensed for first trimester abortions. Another was cited for not following procedures labeling fetal tissue.  Health Reporter Abe Aboraya spoke with All Things Considered Host  Crystal Chavez.

CRYSTAL: So where are these clinics that were cited?

ABE: The clinics cited for performing second trimester abortions were in St. Petersburg, Fort Myers and Naples. And the facility that wasn’t labeling the fetal tissue correctly is in Pembroke Pines.

CRYSTAL: Let’s start at the beginning. Planned Parenthood has been under fire for allegedly profiting on the sale of fetal tissue. Is there any indication this was happening in Florida?

ABE: No, and that was to be expected. No Florida clinics have these fetal tissue donation programs. As Gov. Rick Scott put it yesterday speaking to reporters, this was to let Floridians know they take these videos seriously.

“The videos are disturbing,” Scott said.  “It’s against the law to sell body parts. So we did the right thing in our state just making sure they comply with the law.”

CRYSTAL: As you’ve said, there are no tissue donation programs in Florida. So what did inspectors find at these three Florida clinics?

ABE: State inspectors say there were 65 abortions statewide that were performed in the second trimester. Now, second trimester abortions are allowed, but facilities have to have a stricter license to perform them.

CYRYSTAL: And what is Planned Parenthood saying?

ABE: They say the state is changing how it defines the second trimester. The state rule defines the first trimester as the first 14 weeks of pregnancy from a woman’s last period. But it also defines the second trimester as the 12th week of pregnancy to the 24th week. So these 65 abortions fit in that overlap period. The Florida Alliance of Planned Parenthood Affiliates claims the state’s new interpretation is “grossly inconsistent with years of previous inspections.”

Jay Wolfson is a health law professor at Stetson, and he thinks a judge could end up sorting this out.

“You can be sure there will be tests locally and nationally of the Roe decision and when pregnancy starts and what constitutes a first, second or third trimester,” Wolfson said.

CRYSTAL: And what about the mislabeling of aborted fetal tissue citation?

ABE: So here, the clinic’s policy is that remains are supposed to be labeled, dated and stored individually and kept in the biohazard freezer for monthly pickup. And it appears that all the abortions done in one day weren’t labeled correctly.

CRYSTAL: What’s Planned Parenthood’s record in Florida on these inspections?

ABE: I looked through citations given out during the last three years. There have been a handful of them from state officials, but they have all been $200 or $300 fines. These are for things like not filing monthly reports by the deadline or not filling out a license application completely. There are no citations for clinical problems. In fact, I looked at inspections done at clinics just cited. They were very brief: One sentence saying no deficiencies found.