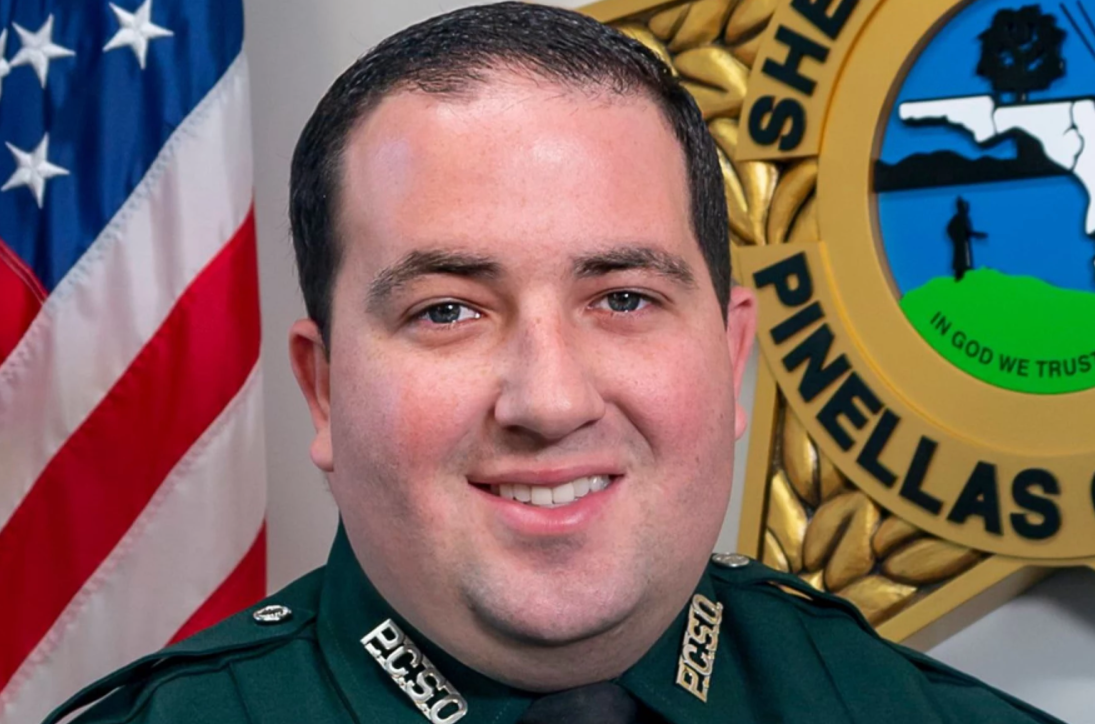 Deputy Michael Magli, 30, was killed by an apparent drunk driver in unincorporated Tarpon Springs Wednesday afternoon. He’s believed to be the first Pinellas County deputy to be killed in the line of duty.

The Pinellas County Sheriff’s Office is investigating a vehicle crash that killed a deputy Wednesday afternoon.

Sheriff Bob Gualtieri says East Lake Fire Rescue responded at about 4:25 p.m. to a call about a man apparently passed out in a truck at East Lake Road and Forelock Road in unincorporated Tarpon Springs.

When Fire Rescue broke a window on the truck, the driver, Robert Allen Holzaepfel, 33, woke up and fled the scene.

During the police pursuit southbound on East Lake Road, Deputy Michael Magli got out of his vehicle and was attempting to deploy a tire deflation device when Holzaepfel lost control of his truck and hit Magli, pinning him under his own cruiser and killing him.

Magli, 30, had been with the Sheriff’s Office since 2013. He’s survived by a wife and two children.

According to the national Officer Down Memorial Page, he’s believed to be the first Pinellas deputy killed in the line of duty.

“To say it’s a tragedy is an understatement,” Gualtieri said. “There’s no words that can make any sense of it.

“He stepped up like cops do and tried to keep people from being hurt, and he lost his life in the process.”

Charges have yet to be announced.

It is with extraordinary sadness that we announce that Deputy Michael Magli was killed in the line of duty this afternoon as a result of a vehicle crash on East Lake Road in Tarpon Springs. pic.twitter.com/fYyZnWRYaQ

He had 16 felonies on his record and was out of jail on parole. Gualtieri said he was driving on a suspended license.