Piecing Together A Rocket Inside The Vehicle Assembly Building 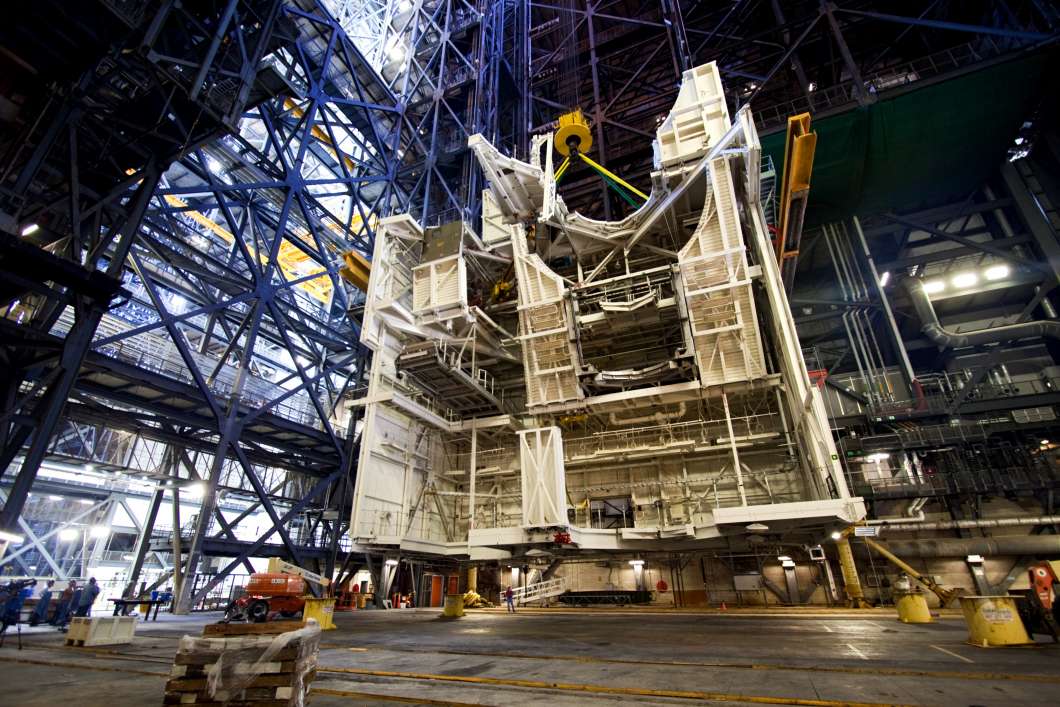 A large space shuttle-era work platform is being removed from high bay 3 of the VAB on Oct. 24, 2012. Photo: NASA

Before NASA can launch its next big rocket, the Space Launch System, it has to put it together.

That happens in the Vehicle Assembly Building. The VAB is this gigantic building that towers over everything at Kennedy Space Center. It’s been home to the assembly of the Apollo rockets, as well as decades of shuttle assembly and processing.

Engineers and workers had to transition the building from the shuttle program to SLS — a pretty big task. Overseeing that effort is Jose Perez Morales. He takes us through the VAB to talk about the changes being made and how you actually put together a rocket.