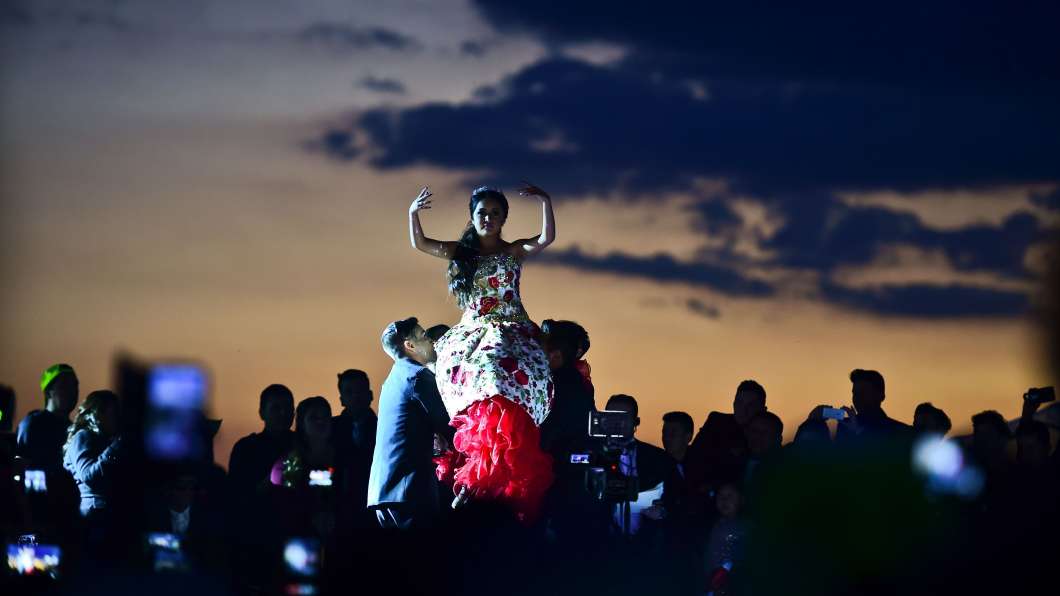 After Rubi Ibarra’s father invited “everybody” to her quinceañera, more than a million people RSVPed to say they’d be attending the bash.

Most of those people were having a lark. But not all of them: The Monday night party in northern Mexico was, indeed, a celebration for the ages.

The massive celebration was full of food, music and dancing — but marred by tragedy.

One man died at the quinceañera’s horse race when he apparently stepped in front of the competing horses and was run over. The man was the owner of one of the horses, Univision reports.

As Carrie reported earlier this month, that amateur horse race — with a prize of 10,000 pesos, or about $485 — was the party’s “big event,” and one reason so many people were interested in attending.

Rubi’s quinceañera wasn’t meant to be so enormous, The Associated Press reports:

“Rubi’s bash gained national and international notoriety in early December after a local event photographer posted on his Facebook page a video of the girl’s father describing a down-home birthday party complete with food, local bands and horse races. In the video, cowboy hat-wearing Crescencio Ibarra haltingly but proudly describes the party and prizes, before announcing that ‘everyone is cordially invited.’

“Rubi’s mother later explained that Crescencio had only been referring to everyone in the neighboring communities, not the world, but by then the video had been picked up dozens of times on Youtube and had been seen by millions, sparking tributes by musical stars, jokes and offers of sponsorships by companies.”

As NPR’s Goats and Soda blog reported, Rubi was turned into a meme and spoofed in videos. An airline even offered steep discounts on flights to her state, San Luis Potosí.

Bracing for the influx of visitors, the town’s mayor called on neighboring towns to help provide security, Carrie Kahn reported earlier this month.

The family set up for the party in a large open area. Ambulances from the Red Cross were in attendance, just in case, Telesur TV reports.

There were moments of tension, Univision says — especially when members of the press crowded in on the birthday girl, frustrating her mother.

The party reportedly continued until 4 a.m. on Tuesday, Univision reports.