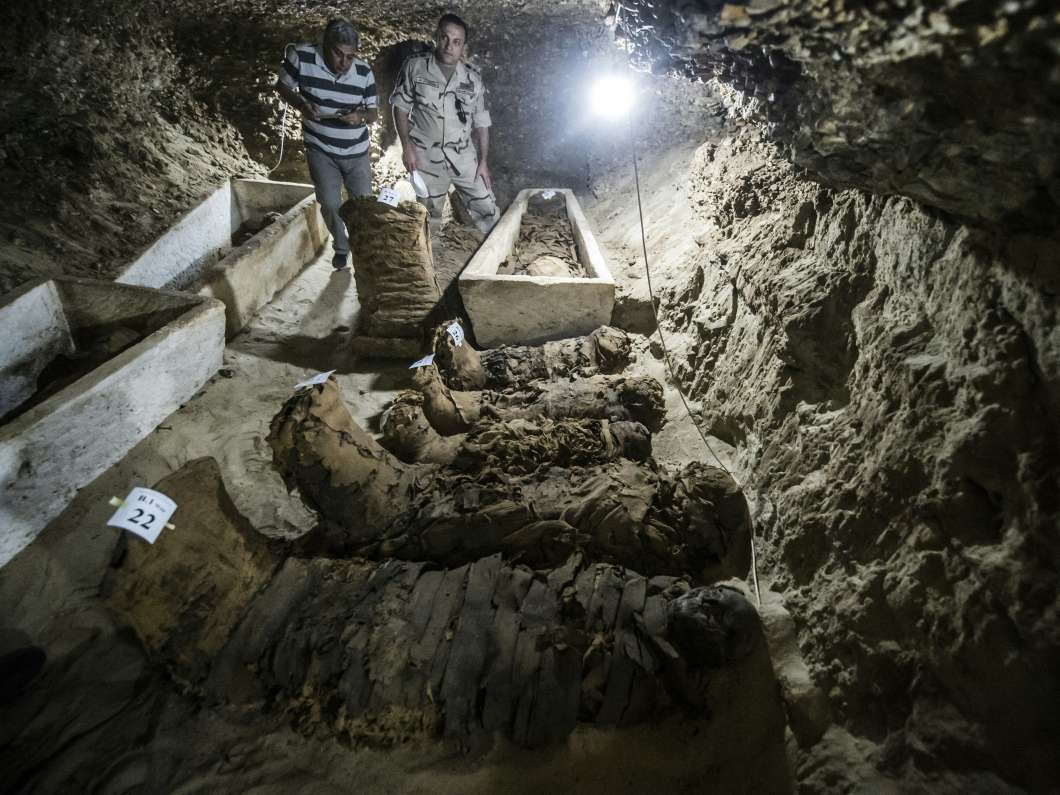 Officials in Egypt say they’ve uncovered 17 mummies in an ancient burial site, most of which are intact.

Egyptology professor Salah al-Kholi of Cairo University said there may be as many as 32 mummies in the underground chamber, Reuters reports.

The burial site, which sits about 26 feet underground, was first discovered a year ago by students using radar. It’s located in the Tuna al-Gabal village in central Egypt, about 135 miles south of Cairo.

Archaeologists believe the mummies are from Egypt’s Greco-Roman period, Reuters reports, though they have not yet performed dating. The Greco-Roman period began in 332 B.C. after the Greek leader Alexander the Great took control of the country; it lasted for about 600 years.

Egyptian Antiquities Minister Khaled al-Anani told reporters that it’s the “first human necropolis” discovered in the village, The Associated Press reports. He said the excavation is only beginning and that the find “will be much bigger.”

Egyptian officials are hoping the find will boost tourism, which has taken a hit since the beginnings of the Arab Spring in 2011.

“2017 has been a historic year for archaeological discoveries. It’s as if it’s a message from our ancestors who are lending us a hand to help bring tourists back,” al-Anani told reporters.