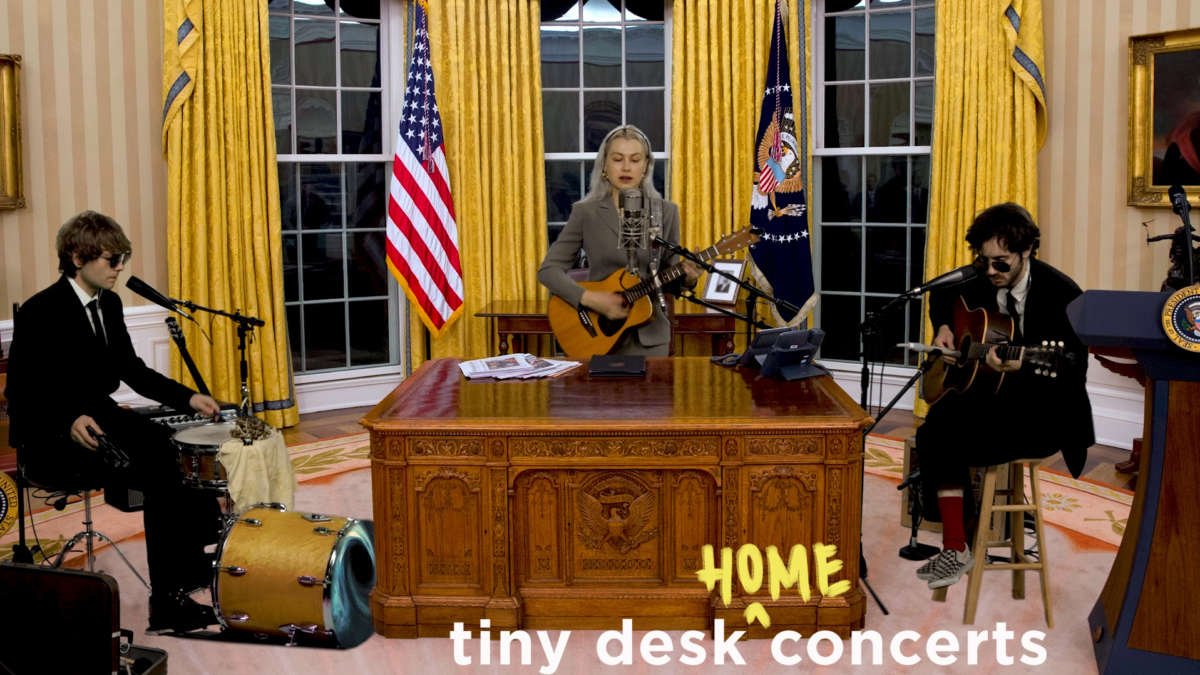 For her Tiny Desk (home) concert, Phoebe Bridgers chose the White House. OK, maybe it’s a green screen, but she and her team created a sweet mock-up of the Oval Office, with Phoebe performing behind a very special desk. It’s a far cry from the hotel bed in Austin we first filmed Phoebe on back in 2017, but her ambitions and talent run high. She played the Tiny Desk later that year and returned with newfound bandmates, Lucy Dacus and Julien Baker, as boygenius one year later. But there was more to come when she surprised us all for a magical collaboration with her musical hero Conor Oberst as Better Oblivion Community Center just six months later.

Phoebe and bandmates Marshall Vore on drums and Harrison Whitford on guitar perform three songs from her brilliant new album, Punisher. They open with “Kyoto,” a story song based on her first trip to Japan, followed with a sweet version of “Moon Song” and the sad details of loving someone who doesn’t love themself. And then comes the kicker, as Phoebe introduces herself with the words “I hope everybody’s enjoying their apocalypse,” as the band kicks into her surreal doomsday tune “I Know the End.” And what an end it is: The trio expands to an ensemble and a crowd-sourced chorus of fans — recording from bedrooms, cars, backyards and trampolines — lets out the kind of cathartic scream that has come to define 2020 for so many of us.