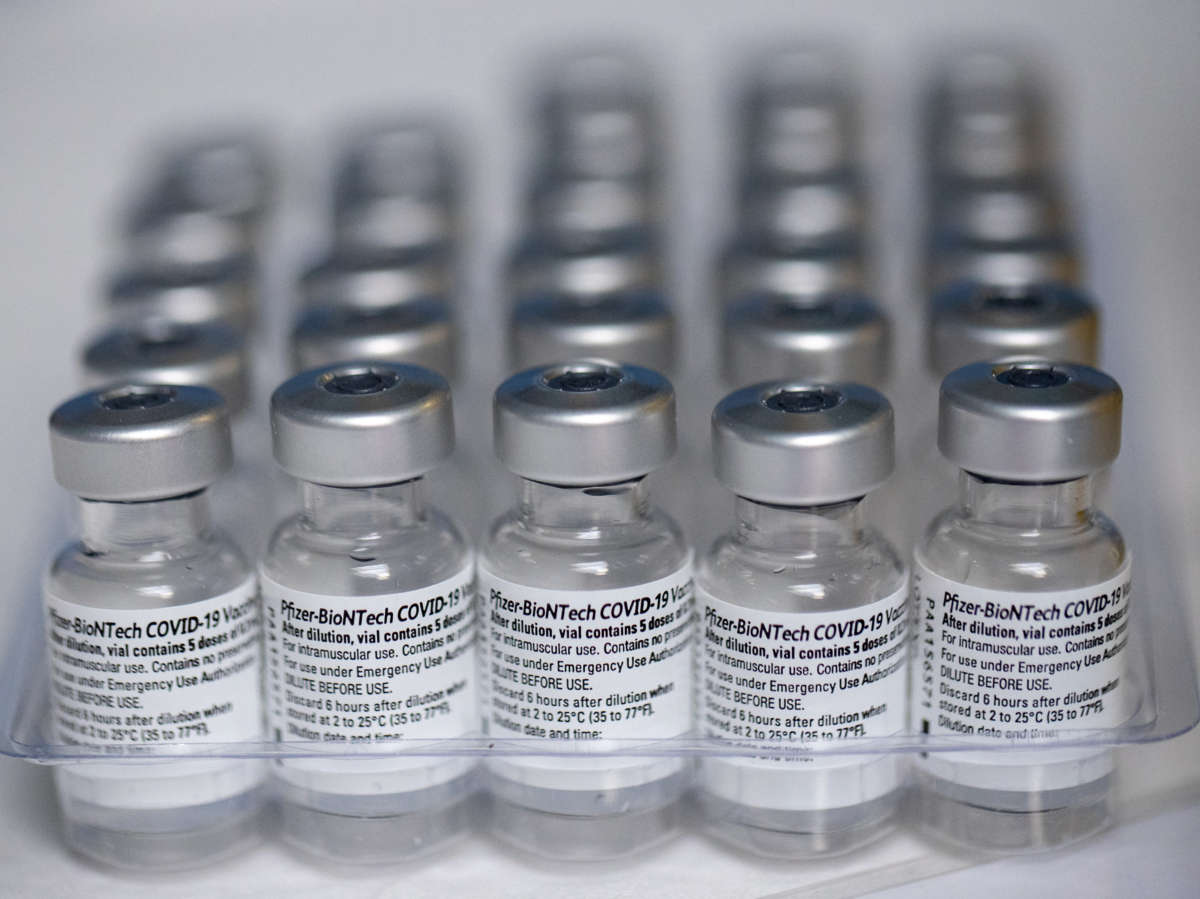 Pfizer and its vaccine partner BioNTech say they will submit the results “as soon as possible” to the U.S. Food and Drug Administration and the European Medicines Agency, asking regulators to expand their authorizations for the vaccine’s use in young people.

Pfizer will submit the data “in the coming weeks,” Pfizer CEO and Chairman Albert Bourla said in a news release about the trial. Calling the results encouraging, he added that the company is acting “with the hope of starting to vaccinate this age group before the start of the next school year.”

During the clinical trial, 18 people who were in the placebo group developed COVID-19, while none of the people in the vaccinated group did. Blood tests showed a strong immune system response one month after participants received the second vaccine dose, according to a summary of test data released by Pfizer.

As for potential side effects, Pfizer said the vaccine was tolerated well in the Phase 3 trial.

Currently, the Pfizer-BioNTech vaccine is authorized for use only in people who are at least 16. The companies, which developed the vaccine together, are working to test it in children as young as 6 months. In the first part of that study, a group of kids from 5 to 11 years old got their first shots last week. A second group of kids, ages 2 to 5, are slated to receive their first doses next week.

Moderna, whose COVID-19 vaccine is authorized for people 18 and older in the U.S., is also testing its vaccine in adolescents; it announced a trial of around 3,000 participants from 12 to 18 years old in December. Moderna also said earlier this month that it had administered the first doses of its vaccine to young children, in a separate study that involves kids from 6 months to less than 12 years old.

Johnson & Johnson, whose vaccine got U.S. authorization one month ago, has also been moving to include children in clinical trials. The company will test the vaccine in only a small number of adolescents initially, with plans to expand the study if it is shown to be safe, according to a spokesperson at Janssen, the J&J subsidiary that developed the vaccine.