Petition Calls For Removal Of Confederate Monument At Lake Eola 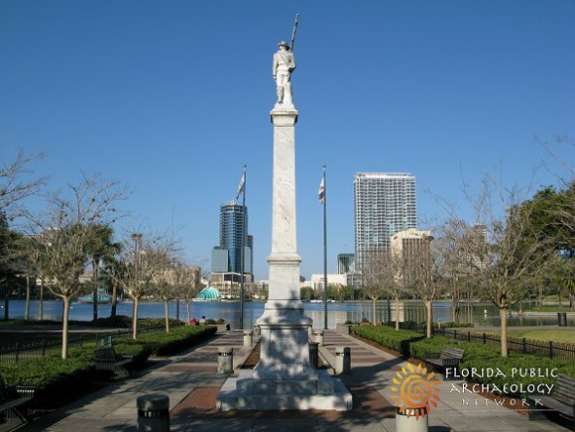 A group called Organize Now is circling a petition on Facebook to get the Confederate monument at Lake Eola Park removed.

The petition says “the Confederate Monument at Lake Eola Park #BelongsInAMuseum where such an oppressive image of racist American culture would be appropriately housed for historical reference.”

136 people have signed the petition so far. Lawanna Gelzer, president of the local civil rights National Action Network, said she would like the discussion to move forward to what the statue should be replaced with.

“It’s a reminder of a dark, dark time in our history, but it’s also a reminder that it’s still going on,” said Gelzer.

She would like to see a statue of Dr. King or someone else who has had a positive impact on our community.

A statement from the Mayor’s office says the city prides itself in being diverse and inclusive and that the city is exploring options for the future of the statue.