Pete Buttigieg: It’s Time For A Military Family In The White House 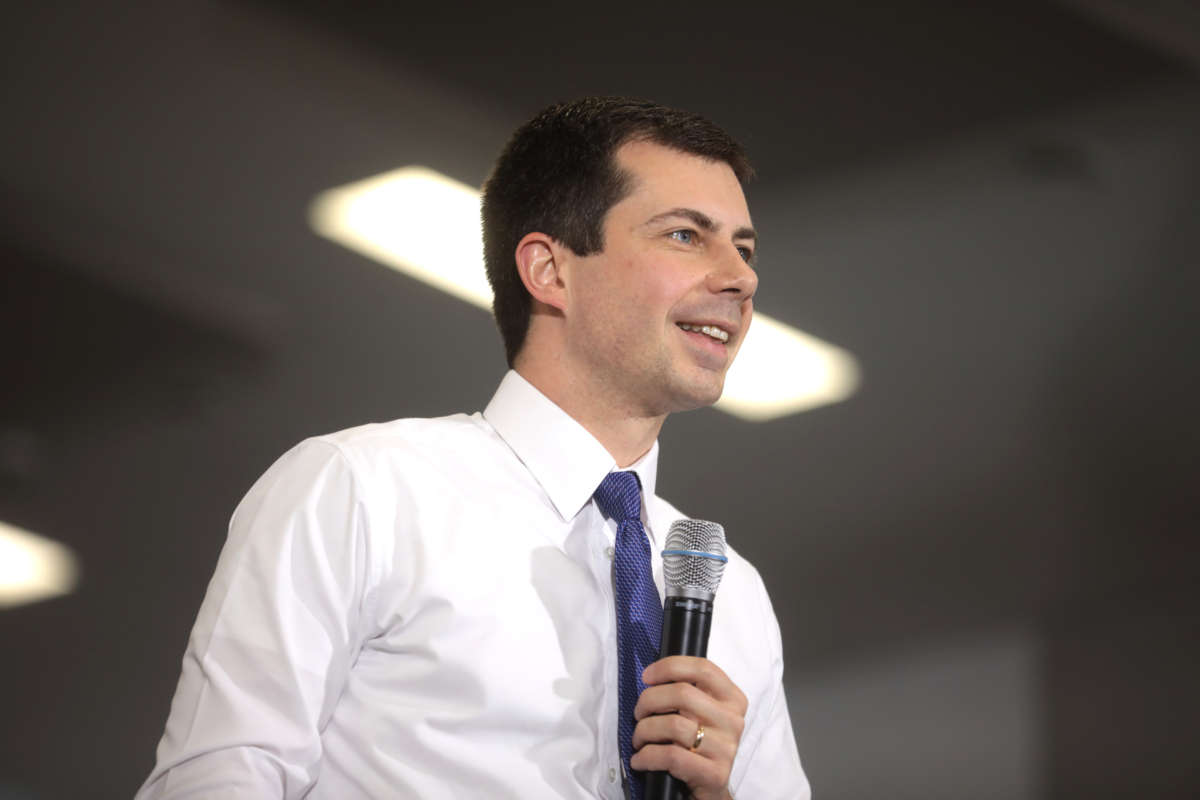 Pete Buttigieg says it’s time to put a military family in the White House. The former mayor of South Bend, Indiana, and one time Democratic presidential candidate was in Melbourne and West Palm Beach today, stumping for Joe Biden and Kamala Harris- and talking with veterans.

Buttigieg spent seven months in Afghanistan as a US Navy intelligence officer. He said former Vice President Joe Biden understands the sacrifices made by military families.

“He knows what it is to hug a loved one goodbye, in this case his son, as he goes off on a deployment, not to mention a series of policies that’s actually going to support military families and veterans, improve the VA, make sure that we’re doing a much better job of supporting active duty families who were moving around a lot,” said Buttigieg.

A recent poll by the Military Times and the Institute for Veterans and Military Families at Syracuse University found younger veterans favor former Vice President Biden while older veterans back President Trump.

Buttigieg also talked about his concerns about the potential threat to marriage equality and other issues with a more conservative Supreme Court.  He said the court needs to be more stable and less political.

“I think we need to contemplate reforms to de-politicize the Supreme Court, and some of those proposals include a different size of the body. The number of justices has changed many times through American history,” he said.

“We can’t go on like this where every time there’s a vacancy, there’s an ideological deathmatch in the Senate, it’s no way to build up the highest court in the land, which should be completely beyond partisan politics.”

His comments come the same week that Justice Amy Coney Barrett was sworn in, cementing a conservative majority on the court. He said Barrett’s confirmation is of ‘grave concern’ to people like himself whose marriages depend on the 2015 Obergefell decision.

Buttigieg was the first openly gay candidate to win delegates in a presidential primary.

Both the Trump and the Biden campaigns are making their final push through Florida in an effort to get out the vote and persuade undecided voters.

Buttigieg  said independent voters could hold the key to Florida in a close election.

“So much depends on making sure that for those folks who are still making up their mind, they’re out there, people who have maybe voted Republican all their lives, but they just can’t do it this time and are deciding whether to get out and vote for Joe Biden, like so many independents and Republicans are deciding to do,” he said.

“But look, there’s a lot of folks just deciding whether to vote at all. And that’s going to be very important, too.”