People hate overdraft fees. Capital One is ditching them and other banks may follow 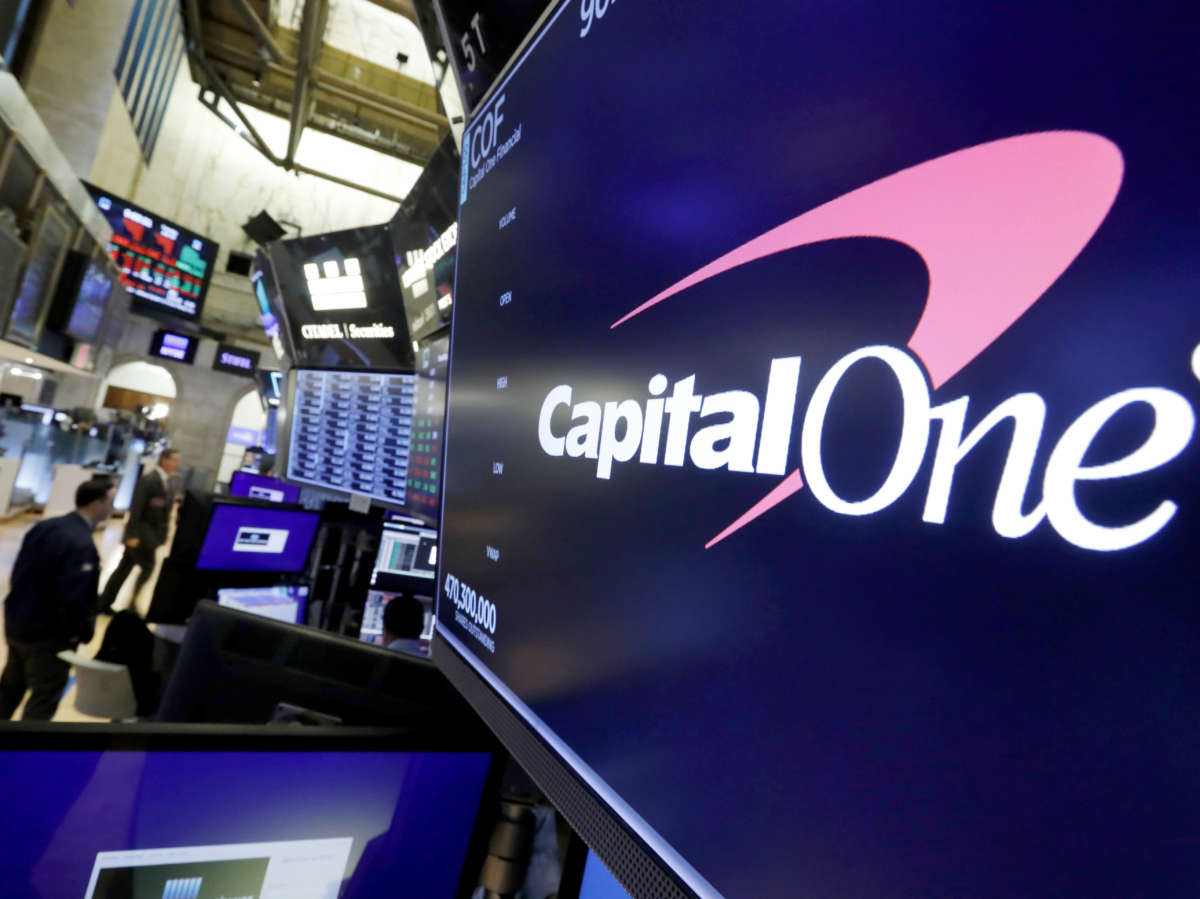 Capital One has become the nation's largest bank to end overdraft fees for all of its customers. Federal regulators are taking a hard look at bank overdraft fees, which hit customers with lower incomes the hardest.
Image credit: Richard Drew

People get hit with overdraft fees when they overspend the balance in their checking account and the bank fronts the money for a few days.

The hefty fees can seem unfair: You might buy a $2 cup of coffee and get hit with a $35 fee. And if you don’t realize your account is empty and make a series of small purchases, you can quickly end up owing hundreds of dollars.

“Overdraft fees are really one of the most abusive forms of lending the banks engage in,” says Lauren Saunders with the National Consumer Law Center. She says when it comes to regular loans, most banks don’t charge people outrageously high interest rates. “But they do it hidden from view through overdraft fees.”

But now, Capital One has become the nation’s biggest bank to announce that it’s ending overdraft fees altogether.

“We’re the sixth largest retail bank in the U.S. and this will affect every checking customer that we have,” says Peter Boyer, a senior vice president at Capital One. He says the bank’s millions of customers who already have what’s known as overdraft protection will keep getting it, but it will be free.

“We recognize that customers have unexpected expenses and needs at times where their cash flows don’t quite line up between expenses and income,” Boyer says. “We really want to get our consumers to a place where they’re living healthy financial lives.”

All U.S. banks together make about $15 billion a year on overdraft fees, according to the federal Consumer Financial Protection Bureau. But the CFPB says about 80% of that comes from just 9% of customers who keep getting hit over and over again with upwards of 10 overdrafts a year.

‘These are people who have low balances or are struggling paycheck to paycheck,” says Saunders. “So in other words, the overdraft fees fall most heavily on the most vulnerable consumers,.”

By ending the fees, Capital One will be taking a hit to the bottom line. Boyer says, “on an annual basis, Capital One is going to forego about $150 million.” To put that in perspective, Capital One had $28.5 billion in revenue last year. On the plus side for Capital One, the move might bring in some more customers.

Capital One says free overdraft protection should go into effect within 3 weeks. To get it, customers will have to make regular deposits. There are limits to how much money a customer can overspend. But there is no limit on the number of over-drafts.

Of course, paying a hefty overdraft fee can discourage overspending. So after the fees go away, if some customers start overspending regularly the bank might tweak the rules.

Throughout the industry overdraft fees are being reconsidered. A smaller online bank, Ally Bank, recently ditched the fees. Some banks have reduced them.

“It’s a area of focus for many of the banks because of the increased regulatory scrutiny on overdraft fees,” says Gerard Cassidy, an analyst with RBC Capital Markets.

The CFPB has recently signaled that it’s going to be taking a hard look at banks charging these fees. So tougher regulation may be on the way. And Cassidy says more banks could decide to get out in front of that by voluntarily ending or reducing the fees. “That would not surprise me if you do see other banks follow suit.”

Cassidy says for most larger banks overdraft fees only account for about 1% of revenue. “Generally speaking, it’s not a major source of revenue for the banks,” Cassidy says.

Lauren Saunders sits on an unpaid consumer advisory board for Capital One. She says Capital One probably makes more from these fees than many other banks because it has a lot of customers living paycheck to paycheck. So she says, if Capital One can do this, other banks can afford to do it too.

Capital One is an NPR sponsor but we report on it like any other company.