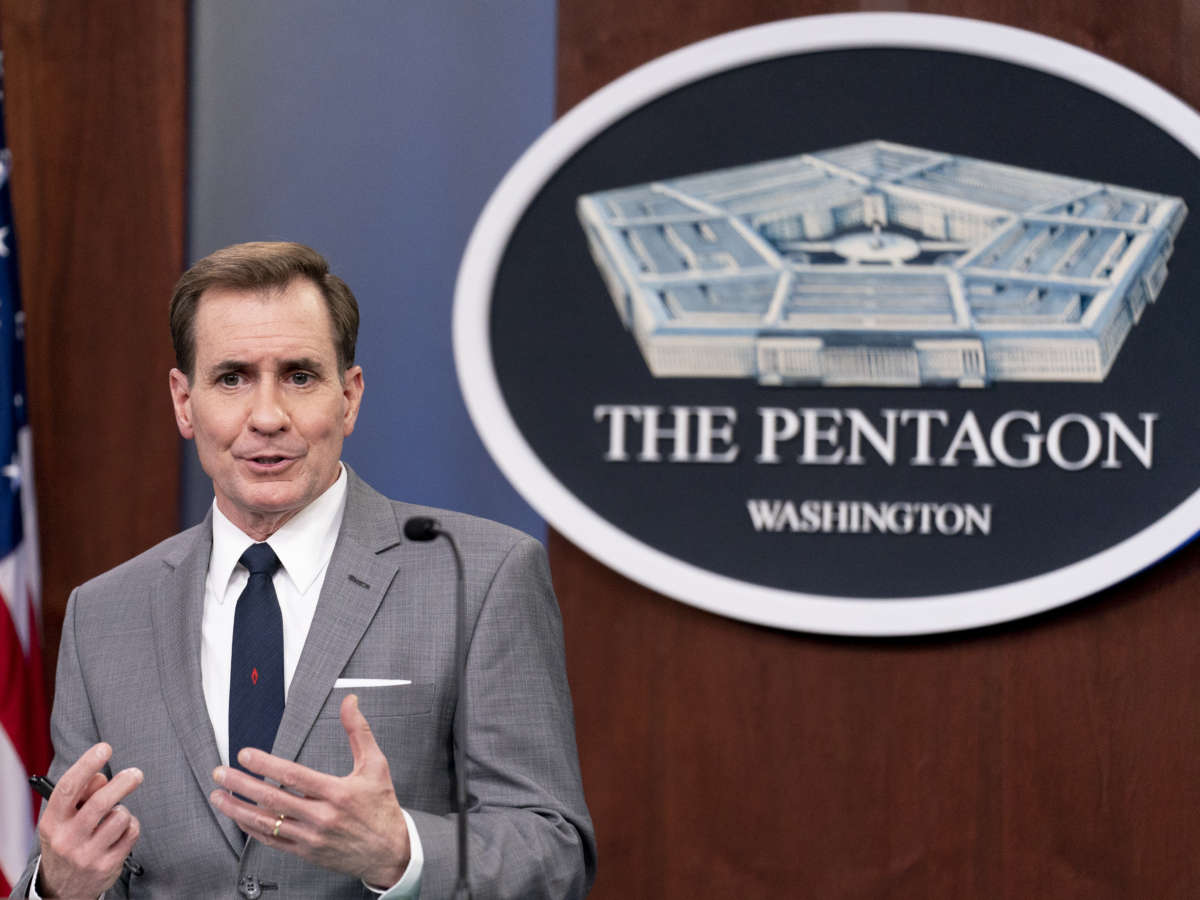 The Pentagon announced new policies on Wednesday that undo the Trump-era rules that effectively banned transgender people from serving in the military.

“These policies are based on the conclusion that open service by transgender persons who are subject to the same high standards and procedures as other Service members with regard to medical fitness for duty, physical fitness, uniform and grooming standards, deployability, and retention is consistent with military service and readiness,” the Department of Defense instructions state.

The announcement coincides with International Transgender Day of Visibility.

Biden signed an executive order repealing the transgender ban in his first week in office in January. He told reporters then that the order will allow all “qualified Americans to serve their country in uniform.”

The president ordered the secretary of defense and the secretary of homeland security to begin the process of allowing transgender servicemembers to serve openly. The departments were asked to report back within 60 days.

“We applaud this step to ensure the Department of Defense provides inclusive policy to attract and retain the best and brightest our nation has to offer,” said Air Force Lt. Col. Bree Fram, who is vice president of SPART*A, a transgender military advocacy organization.

“Military personnel reach maximum effectiveness when they have access to all medically necessary care and we are excited that this policy extends that access to transgender service members. Additionally, opening recruitment to transgender individuals ensures an extremely talented and motivated pool of people that this country needs have the opportunity to serve in uniform,” Fram said in a statement.

“President Biden and the Pentagon have moved swiftly and certainly to undo the discriminatory and unjust transgender military ban put in place by the former President,” Ellis said in a statement. “This is a great day for America’s service members, who deserve a commander-in-chief who understands the service and sacrifice that come with putting on the uniform of the United States military.”

Trump initially ordered a ban on transgender troops in a series of tweets in July 2017. A Defense Department panel drew up regulations to implement the ban, which was then blocked by federal courts before the U.S. Supreme Court allowed it to go forward in early 2019.

In his order, Biden noted that in 2016, during the Obama administration, the secretary of defense concluded “that permitting transgender individuals to serve openly in the military was consistent with military readiness and with strength through diversity, such that transgender service members who could meet the required standards and procedures should be permitted to serve openly. The Secretary of Defense also concluded that it was appropriate to create a process that would enable service members to take steps to transition gender while serving.”

The policies announced Wednesday largely return to those created in 2016, though they were never fully enacted.

Drew Garza, whose plans to enlist were put on hold when Trump’s ban came into effect, told NPR last month that once Biden announced the repeal, he was quickly contacted by recruiters from the Army, Air Force and Marines.