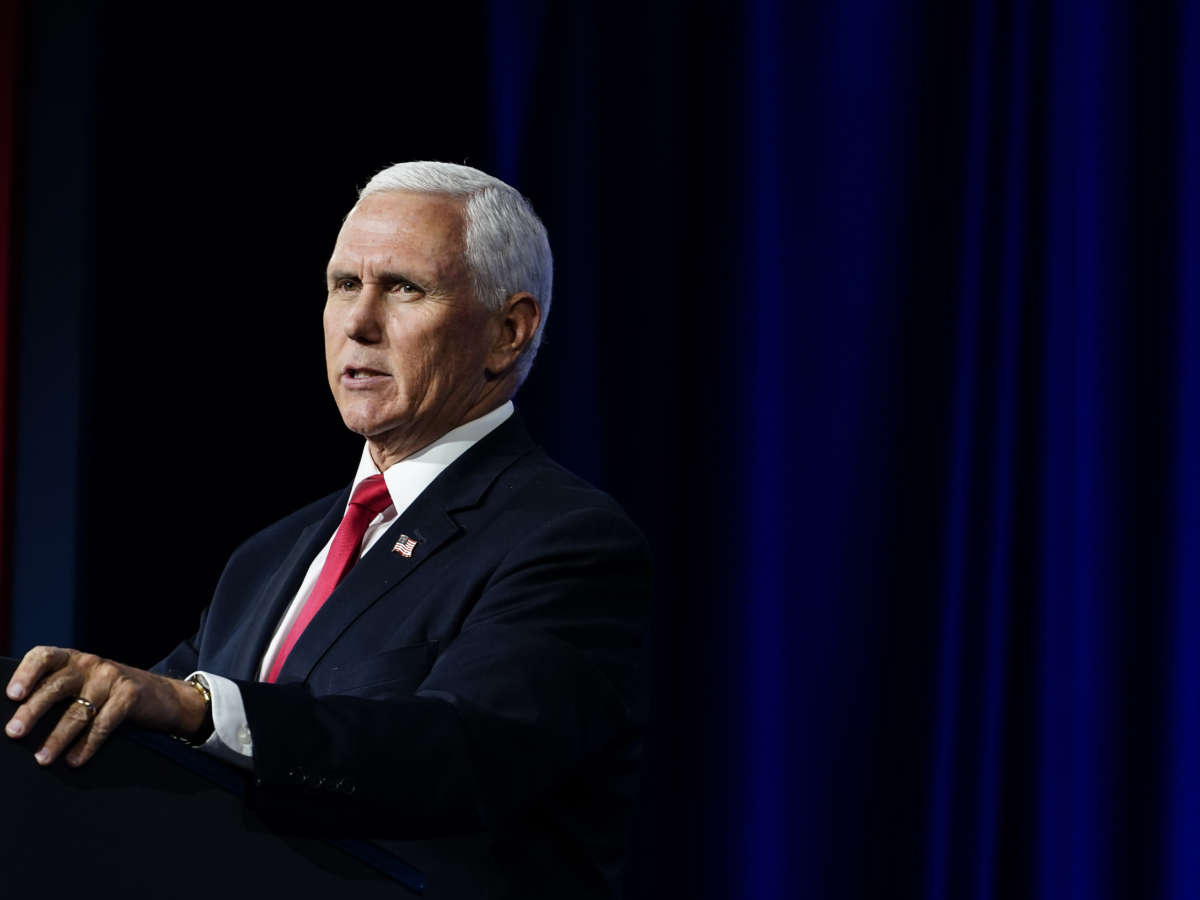 Vice President Pence — who has tested negative for the coronavirus — has been working from home rather than going into the White House complex since President Trump was diagnosed with the virus late on Thursday, a senior administration official told NPR.

“Out of an abundance of caution, he worked at the vice president’s residence at the Naval Observatory to avoid any potential exposure to the virus,” the official, who spoke on condition of anonymity, told NPR’s Franco Ordoñez.

Pence led a conference call of the White House coronavirus task force on Saturday from his residence.

Despite several confirmed cases of the virus within the White House, Pence, who is next in line to become acting president if necessary, said he plans to maintain his usual schedule in the coming days.

On Monday, he plans to travel to Salt Lake City in advance of the vice presidential debate against Democratic vice presidential nominee Kamala Harris on Wednesday, the administration official said. He is also scheduled to make appearances in key states after the debate, starting in Arizona on Thursday.

Pence’s White House physician, Dr. Jesse Schonau, released a statement Friday saying he “does not need to quarantine” because he is “not considered a close contact with any individuals who have tested positive for COVID, including President Donald J. Trump.”

This comes one week after Pence attended an event in the White House Rose Garden where Trump announced the nomination of Judge Amy Coney Barrett for the Supreme Court. At least eight people who were at the event — including the president,; first lady Melania Trump; and Republican Sens. Ron Johnson of Wisconsin, Mike Lee of Utah and Thom Tillis of North Carolina — have since tested positive for the virus.

On Saturday night, Trump tweeted a video update from Walter Reed Medical Center saying he feels “much better now” but that the next few days were particularly crucial in his recovery.

“We’re working hard to get me all the way back,” Trump said. “I have to be back because we still have to make America great again. We’ve done an awfully good job of that, but we still have steps to go and we have to finish that job. And I’ll be back — I think I’ll be back soon.”