Pence Votes Early In Indianapolis; Trump To Vote This Weekend In Florida 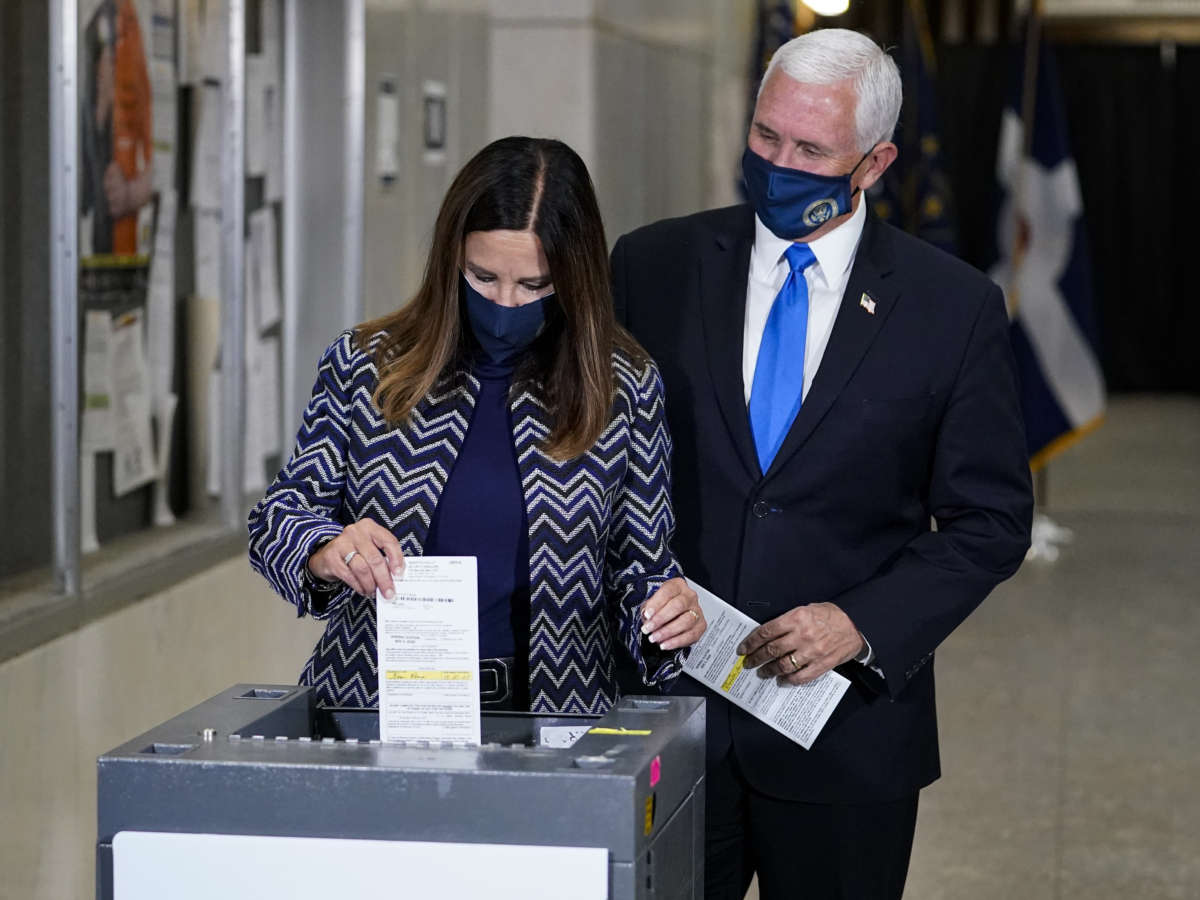 Roughly 50 million Americans have already voted early so far this election, and on Friday, Vice President Pence joined their ranks.

The vice president voted early in Indianapolis alongside his wife, Karen Pence, both receiving the hallmark “I Voted” sticker.

The former Indiana governor called the experience a “great honor,” but his appearance also caused grumbling among some voters who had arrived early to cast their votes as security protocols kept them waiting longer. The line stopped moving for about half an hour for Pence’s visit, according to NPR member station WFYI.

The Indianapolis City-County Building where Pence voted is currently the only early vote center in the city. Some voters had been waiting an hour in line to vote and arrived as early as 6:30 a.m. Before the vice president’s arrival, voters were allowed to enter the polling place five at a time. Protesters also gathered outside the building.

The White House said President Trump will also vote early in Florida this weekend when he visits the state for a campaign rally.

With the close of voting now just 11 days away, voters have already cast 37% of all votes counted during the 2016 election, according to the U.S. Elections Project, a turnout-tracking database run by University of Florida political scientist Michael McDonald.

Trump voted by mail during the Florida primary in August despite for months railing against the integrity of ballots cast by mail and falsely claiming they result in widespread fraud.

In that context, the optics of how candidates vote has taken on pronounced weight this year.

Since the spring, Democrats and some Republican secretaries of state have tried to expand mail voting options due to the pandemic. But in response to concerns about U.S. Postal Service slowdowns this summer and worries about delays in tallying results, Democrats have now added to their voting messaging, encouraging people to vote early and in person, if possible, or to deliver mail ballots via official ballot drop boxes.