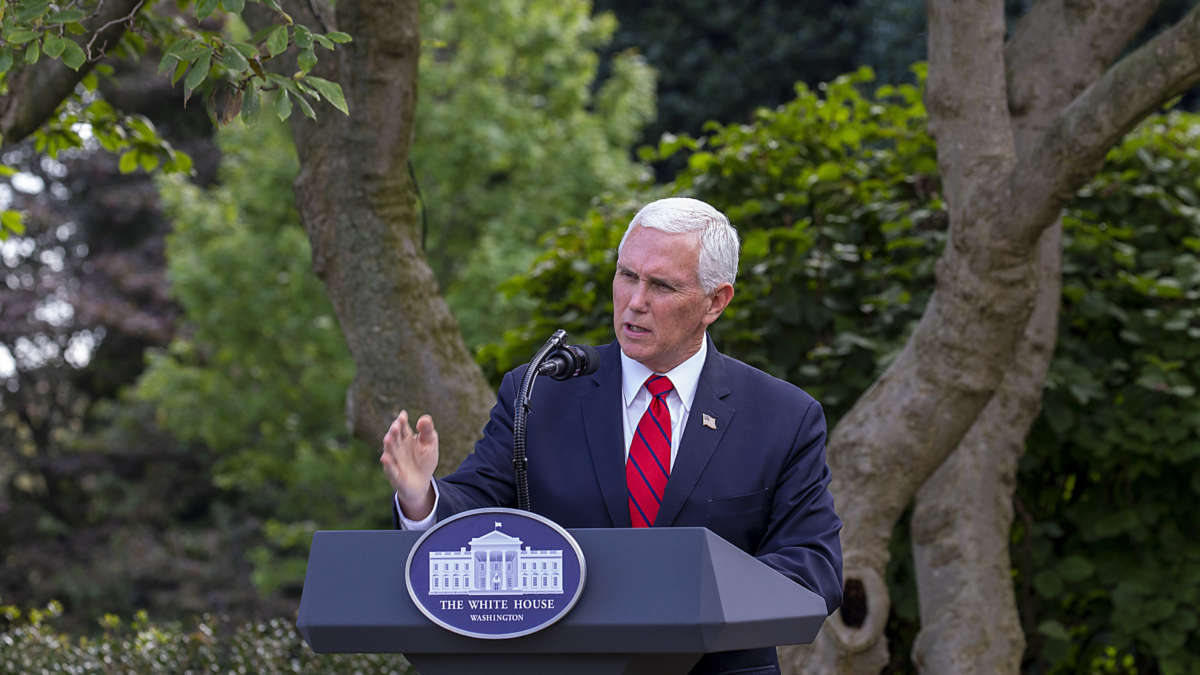 Vice President Pence, pictured in the White House Rose Garden on Sept. 28, is set to give remarks on Monday.
Image credit: Tasos Katopodis

Vice President Pence delivered brief remarks to reporters on Monday at Joint Base Andrews — less than an hour after President Trump announced he was leaving Walter Reed National Military Medical Center later in the day.

It was the first time Pence has spoken publicly since Thursday when Trump tested positive for the coronavirus. (Pence had traveled to Nebraska for campaign events on Thursday.)

“I spoke to the president a little while back, and he sounded great. And as the American people learned a little while ago, President Trump is going home tonight. So we’re headed to Utah for the vice presidential debate,” Pence said.

“When the president told me he was headed back to the White House, he told me to head to Utah. And we’re looking very much forward to the vice presidential debate.”

The Pence family all arrived off Marine Two wearing masks. Pence removed his to speak to the press but was at least 6 feet away.

Pence, who has tested negative for the virus, worked from home over the weekend rather than go into the White House complex.

Trump, who was admitted last week to Walter Reed after testing positive for the virus, remains in the hospital and tweeted Monday he would be discharged later in the day.

“Don’t let it dominate your life. We have developed, under the Trump Administration, some really great drugs & knowledge,” he said in a tweet. “I feel better than I did 20 years ago!”

Trump’s doctors have downplayed the facts surrounding the president’s diagnosis and have given vague and at time contradictory information about the severity of his symptoms. They have treated Trump with remdesivir therapy, an intravenous antiviral drug, and the steroid dexamethasone, which is typically used to treat coronavirus patients who are in need of oxygen.

Over the weekend, Trump briefly left the hospital to wave at supporters outside the medical center.