PechaKucha showcases the power of storytelling 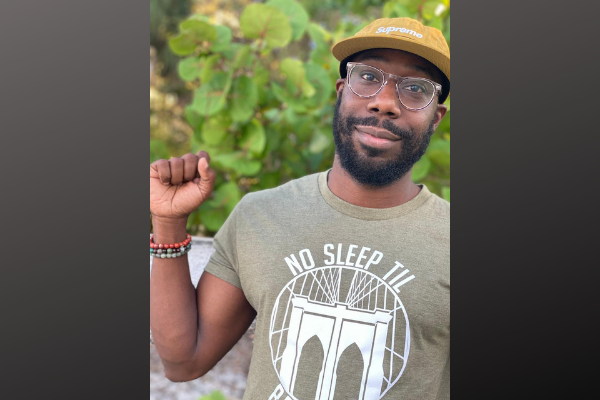 Aquanza Cadogan says he was already familiar with the fast-paced format of PechaKucha when he was invited to present a talk at Pecha Kucha Night Orlando in 2017.

The format requires presenters to give a speech with 20 slides, each slide timed to stay on screen for 20 seconds.

“It is storytelling with a time limit, it is a quick engagement, a quick connection with a storyteller, hopefully a moment to laugh, and engage and learn something new,” says Cadogan.

He’s one of the presenters this Saturday, when Pecha Kucha returns to the stage at the Dr. Phillips Center for the Performing Arts after going on hiatus during the pandemic.

During the pandemic, Cadogan says he partnered with the Boys & Girls Club of Central Florida to mentor young people in the craft of public speaking.

“We have 12 kids, and I’ve taken them through a program called ‘Well Said’, and I’m teaching them to, you know, make eye contact and vocal variety and body language, just teaching them skill sets that I’ve kind of learned on my journey.”

“I think that’s a good thing that we don’t expose our kids to all the time, maybe once a year when our oration contest comes around, but other than that, they’re pretty much on their gadgets and they’re isolated and don’t really communicate as much unless it’s a text so I’m hoping we can change that.”

Cadogan describes PechaKucha as “storytelling at its finest. It is jumping out of the plane with no parachute, it is trapeze without the net.”

“It has everything that you expect from live performance. And I think that makes it all the more sweeter. Because we’re vulnerable, even the listeners at that time, we’re all vulnerable. And there’s something that happens when you’re in a vulnerable state. I think people remember it more.”