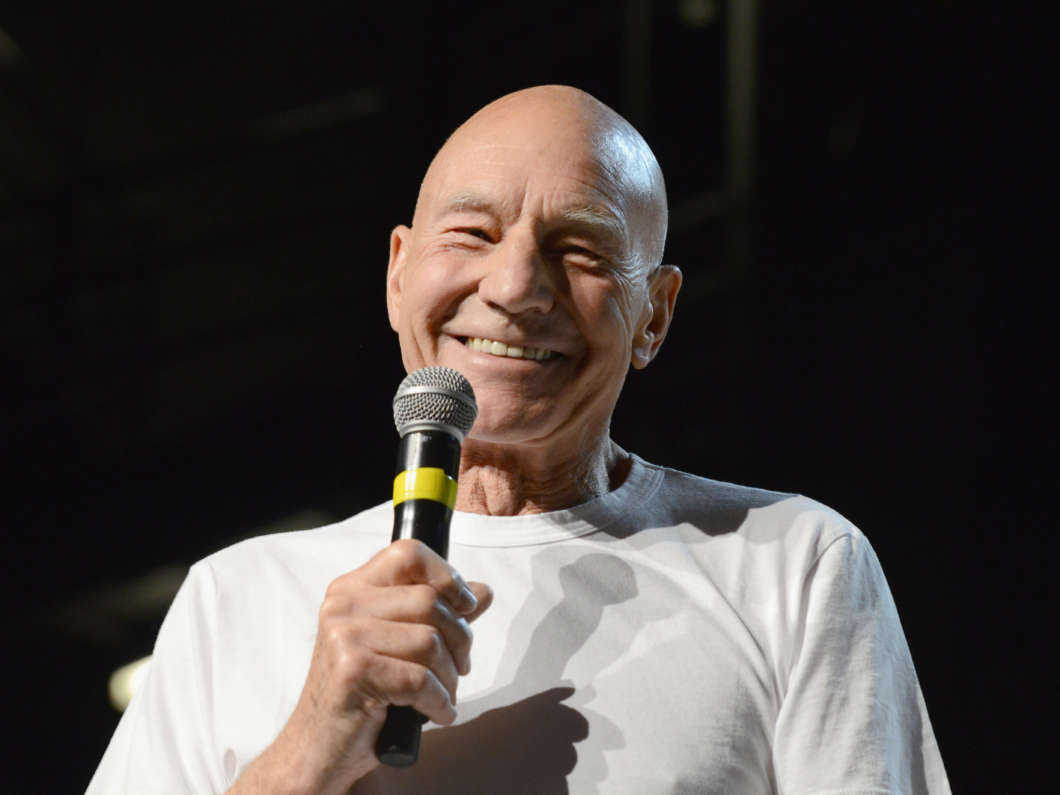 For seven seasons, the leader of the Starship Enterprise exuded wit, grit and refinement while protecting the galaxy from harm in a future that saw humans as peacekeeping explorers.

But when the Picard producers first approached the actor, Stewart was uninterested in returning to the character who defended a utopian vision when he felt the real world had taken a dystopian turn.

Stewart says, in a post-President Trump and post-Brexit world, the United States and the United Kingdom, in particular, distanced themselves from what the United Federation of Planets — Star Trek‘s fictional interstellar union of planets that share democratic goals — represented.

“The European Union always made me feel, well, we are heading towards our own Federation of Planets somewhere down the line that will come about. And I am angry, disappointed and embarrassed by our decision to leave the Union,” the English-born actor said in an interview with Weekend Edition Sunday.

Much like Picard, Stewart is uninterested in playing a part — fictional or not — if it doesn’t mesh with his beliefs.

It wasn’t until the producers described the transformed landscape they envisioned for Picard that Stewart got on board. “The Federation” has swung isolationist, and the new Picard is very different.

“My interest was intensely sparked,” he said.

When Star Trek: Picard debuts on CBS All Access on Jan. 23, we find the retired leader Earth-bound, living in isolation on a French vineyard.

On whether Picard is a version of himself

He is, in a sense. He had to become that, apart from the fact that I profoundly respect his views on life, his attitude to freedom of expression, to democracy.

There came a point, maybe sometime in the third season, when I realized that the gap between Jean-Luc Picard and Patrick Stewart had gotten narrower and narrower. And finally, we began to overlap until by the time we had wrapped the series and we were doing the first of our movies, I knew who this man was inside-out, back-to-front because he was not wholly Jean-Luc Picard. He was partly Patrick Stewart.

I was unprepared for the extent to which Patrick Stewart, the actor, would become identified with the role. And there was an instance: Soon after, I’d finished my work as Jean-Luc Picard, when I was campaigning to meet the director for a quite a modest supporting role in a movie. And he was very nice to me and very polite. But he suddenly said, “Look, why would I want Jean-Luc Picard in my movie?” And that made me feel so bad because I was proud of the work that I’d done. But at the same time, I was suddenly beginning to discover it was a bit of an albatross.

Most of that has gone now because the one thing I have continually said to my managers and my agents, diversity in the roles that I play is what keeps me committed to this job, and sometimes the difficult circumstances that we work under.

On what we can learn from Picard

Well, as our world goes one step forward and two steps back, I think there is much of the man that we certainly knew in Next Generation. His modesty, his patience, his affection — no, affection is too weak a word, his passion for humankind and for the future of the solar system that we inhabited.

One of the great things about Jean was he was a great listener and would only speak when he felt everyone had expressed what they believed. The crew of the Enterprise came to know that they were at liberty to speak the truth about what they believed and what they thought. And sometimes I think there are certain restrictions imposed on some of our people who run our countries, and they do not always talk about what they truly and passionately believe in.

NPR’s Denise Guerra and Barrie Hardymon produced and edited this interview for broadcast. Emma Bowman adapted it for the Web.