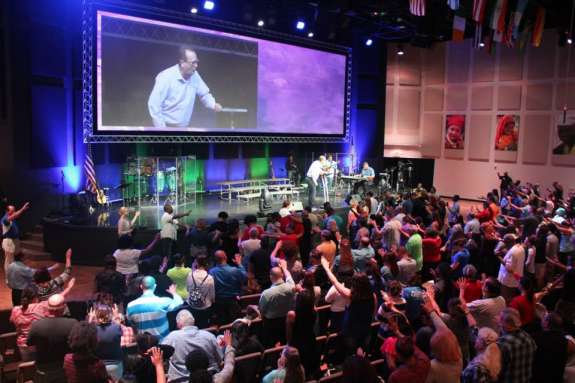 A former employee at a Kissimmee church has been charged with attempted murder and aggravated assault with intent to kill after he opened fire on the church pastor.

Benjamin Parangan, Jr. was hospitalized after a shoot-out with pastor Terry Howell at Living Waters Fellowship Church on Tuesday.

The Osceola County Sheriff’s Office says Parangan was in a meeting to terminate his employment as a maintenance worker at the church when he pulled out a handgun and shot multiple times at Pastor Howell.

Howell returned fire with his own weapon, injuring Parangan.

The sheriff’s office says Howell was not injured, and his involvement is being investigated as a case of self-defense.

Parangan has been charged with aggravated assault with intent to kill, and faces additional charges.

The Sheriff’s Office says he remains in stable condition at Osceola Regional Medical Center.  Parangan will be booked into the Osceola County Jail when he’s released from the hospital.