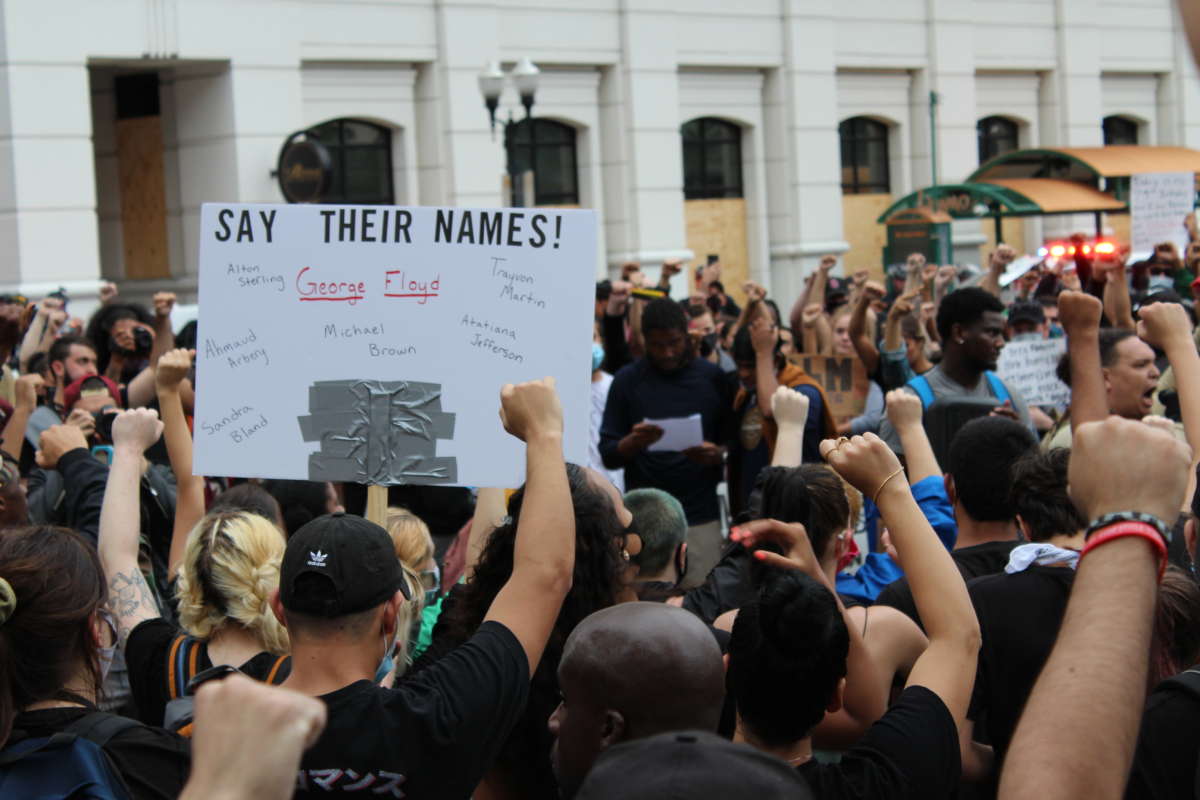 Four former Minneapolis police officers have now been arrested and charged in the death of George Floyd, after more than a week of nationwide protests over the killing of Floyd and other African Americans at the hands of police.

Will those arrests change the dynamic of the protests? Dr. Eric Smaw, associate professor of philosophy at Rollins College and Pastor Roderick Zak of Rejoice in the Lord ministries join Intersection to discuss why these protests are different, and what systemic changes are needed.

“The protests are happening to bring attention to disparity in equality and justice and just a historic problem that hasn’t really been adequately dealt with yet,” said Zak.

“Dr. Martin Luther King said that riot is the is the voice of the unheard and so so I do understand it. I’m an African American male, I’ve been unfortunately, harassed by the police myself. And, so it’s something that has to be done. And it’s wonderful to see such a diverse crowd, you know, whites and Hispanics and Asians and African Americans and it’s just, wonderful to see that happening.”

Smaw said the protests are a reminder that “this stuff has always been with us. It  hasn’t gone away.”

He said a new generation is leading the protests.