Past U.S. policy toward Russia looms over how Biden confronts Putin on Ukraine 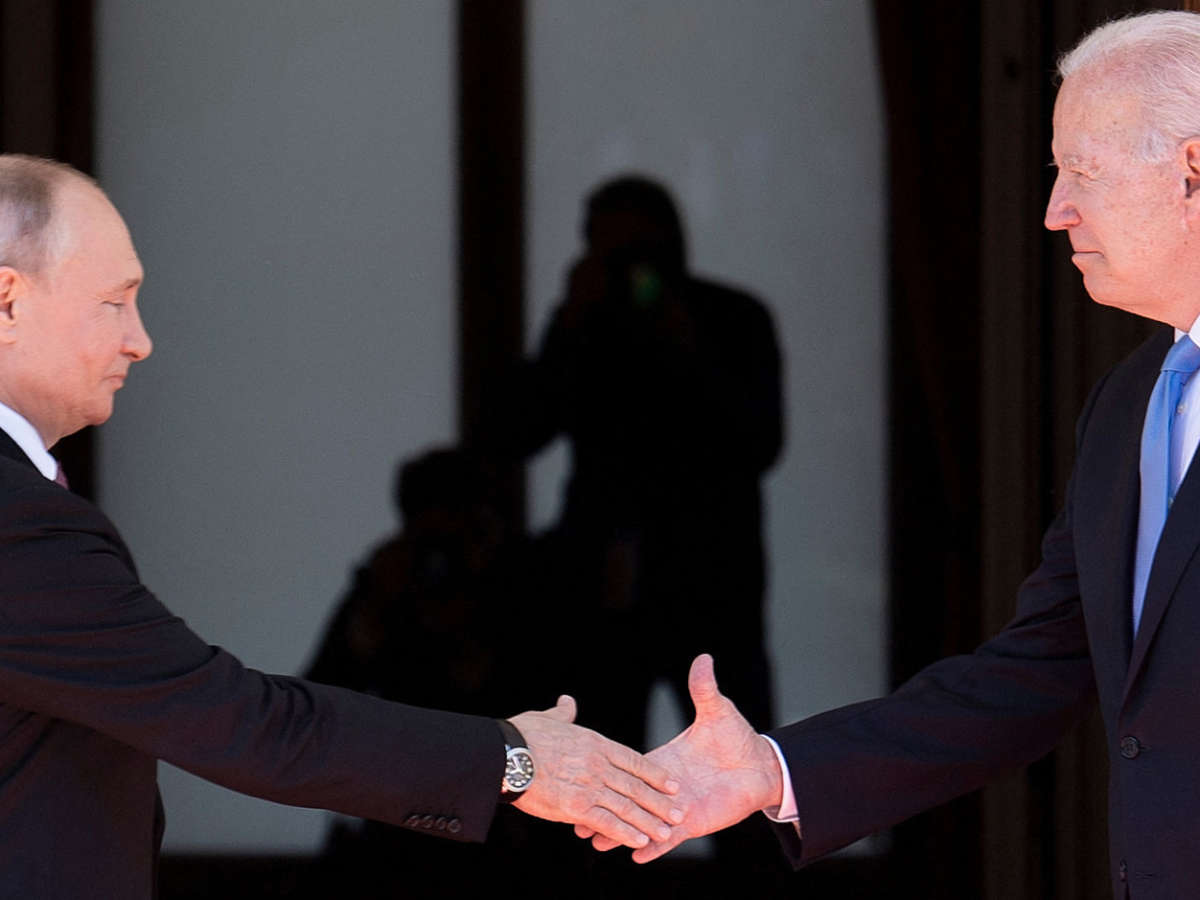 President Biden is leaning into his history with Russia as he confronts the crisis in Ukraine.

Early in his State of the Union address, the president addressed a challenge that many of those who have previously faced the Russian leader say is at the crux of Biden’s current problems with Vladimir Putin.

“Throughout our history we’ve learned this lesson — when dictators do not pay a price for their aggression, they cause more chaos,” Biden said. “They keep moving. And, the costs and threats to America and the world keep rising.”

Republican critics say the chaotic U.S. withdrawal from Afghanistan emboldened Putin, who had put troops on the border well before the Afghan debacle, to attack Ukraine. But government advisers and former U.S. officials from Republican and Democratic administrations say the bigger problem is how the United States and allies have handled past Russian incursions since the mid-2000s — and whether it was possible to stop Putin from doing what he has signaled for more than a decade.

Russia has claimed that NATO’s eastward expansion was a reneging of commitments made to it during the collapse of the Soviet Union.

Fifteen years ago, Putin delivered a fiery speech to the Munich Security Conference seething about the alliance adding new members.

“It represents a serious provocation that reduces the level of mutual trust,” he told world leaders. “And we have the right to ask: Against whom is this expansion intended?”

That speech set the stage for what came next: A year later, in 2008, Russia invaded Georgia. In 2014, it annexed Ukraine’s Crimea, and later backed separatists in eastern Ukraine.

Heather Conley, a former State Department official in the George W. Bush administration, said the Western measures were simply not strong enough. They were filled with loopholes.

“How the United States and European countries do sanctions, the long, slow turning up the temperature, it’s just ineffective,” said Conley, who is now the president of the German Marshall Fund.

Biden tried to warn Putin publicly and privately that invading Ukraine would be disastrous for the Russian economy and hurt the Russian leader’s standing in the world.

“There were no minced words. It was polite, but I made it very clear: If in fact, he invades Ukraine, there’ll be severe consequences,” Biden told reporters the morning after a call in early December.

A senior administration official said they’d been making the case to Putin, privately and publicly, for months.

“That is part of why [CIA] Director [William] Burns went to Moscow on Nov. 2 to say to Putin and his inner circle, one, ‘We see what you’re doing.’ And, two: ‘These will be the consequences.’ ”

National security adviser Jake Sullivan made the point publicly in December after Biden and Putin spoke.

“I will look you in the eye and tell you, as President Biden looked Putin in the eye and told him today, that things we did not do in 2014 we are prepared to do now,” Sullivan told reporters in December.

But it did not change Putin’s plans. The Russian leader even said he expected more sanctions in a speech announcing the invasion.

The Biden administration is now haunted by the unwillingness of earlier administrations not taking a strong enough stand, said Andrea Kendall-Taylor, who advised the Biden transition team on Russia policy.

“The proof is in the pudding,” said Kendall-Taylor, who is now director of the Transatlantic Security Program at the Center for a New American Security. “The fact that we are here again suggests that the costs of the past have not been significant enough for President Putin. I think that is a hard lesson that many folks in this administration learned during the Obama administration.”

Like Biden, who was vice president at the time, many of his top aides also wrestled with the 2014 annexation of Crimea during the Obama administration. Secretary of State Antony Blinken was then deputy secretary of state. Sullivan worked with Biden in the vice president’s office. Other top diplomats, including Wendy Sherman, Victoria Nuland and Amanda Sloat, also served in senior roles at the State Department.

Kendall-Taylor said that the administration clearly learned lessons from the experience, citing the unprecedented level of sanctions that have since been imposed against Russia — largely cutting it off from the global economy.

The release of strategic intelligence

The senior administration told NPR that the experience provided other lessons that helped expose Putin’s false pretenses for war.

The official said they were determined not to allow Russians to exploit “the information space” and use the “fog of war” to sow confusion and advance their strategic objectives.

“Throughout this crisis, we have made a concerted determination that we are not going to cede that space,” the official said, noting the strategic release of intelligence to allies and the general public. “We’re going to take the fight to them in the information space.”

But that history also hasn’t stopped questions about whether Biden could have acted earlier to stop Putin.

Samuel Charap, who was a top adviser in the Obama administration, says it’s wrong to blame Biden for Putin’s actions, but questioned whether the United States could have been more creative in addressing more of Putin’s requests.

One of Putin’s key demands was that Ukraine not be admitted into NATO.

The United States has made clear that NATO’s open door policy, that allows any qualified European country to join, was not changing, but Charap points out that allies have taken few steps to admit Ukraine into the bloc.

“There is a case to be made that the U.S. should have put more things on the table because the consequences of this conflict are going to be so tremendous,” said Charap, who is now a senior analyst at the Rand Corp.

A senior administration official said NATO’s policy is not changing, but Biden has also said the idea that “Ukraine is going to join NATO in the near term is not very likely.”

The official said the reality is Putin has “very publicly and very explicitly,” long before the Biden administration, stated the plans that he’s now carrying out.