Party Down With Early Voting 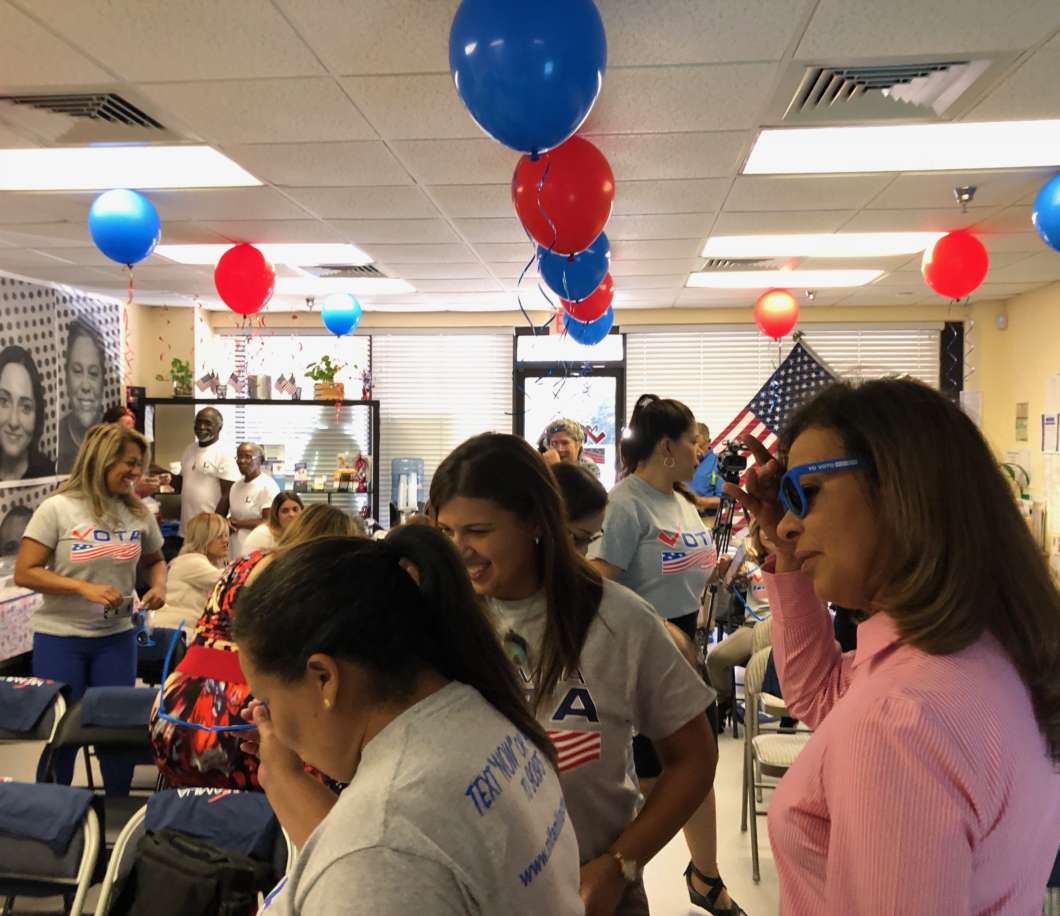 The civic engagement group, Mi Familia Vota, has been door-knocking to register voters. Now through the week of early voting, they are partying.

At the Mi Familia Vota office on Semoran Boulevard in Orlando, “VOTA!” posters were decorated with balloons. A food table was so crammed there barely was room for two sheets of cake. The space appeared more like a family living room than a business office.  Nancy Batista, Florida Director of Mi Familia Vota, said that’s the way she wanted it. “We love music. We like to party so we want to make sure that this is an atmosphere that they [the voters] feel welcomed.”

The party was modeled after Puerto Rican voting tradition. It kicked off a series of parties planned at polling places throughout Central Florida up until Election Day, aimed at encouraging Latinos to vote. The events are co-sponsored by the League of Women Voters, NALEO Education Fund, and Let Your Voice Be Heard.

Laura Díaz, a volunteer for Mi Familia Vota, thinks the parties may be jam-packed.“A lady told me ‘I already took off that day from work because I’m going to go and get all my family that don’t have cars and get them so they can go and vote.’”

A recent study from Florida International University along with the Puerto Rican Alliance of Florida surveyed 1,000 Puerto Ricans in the state, of whom 51 percent said they intend to vote in November. Non-profits registering Hispanic voters have reported “historical registration numbers within the community.” The self-reported number is at around 70,000 new voters in Central Florida.

Puerto Rican voters new to the state after Hurricane María are a sought-after demographic among political candidates this election year.

The first event at a polling location will be Oct. 27th near the Southeast Branch Orange County Library.