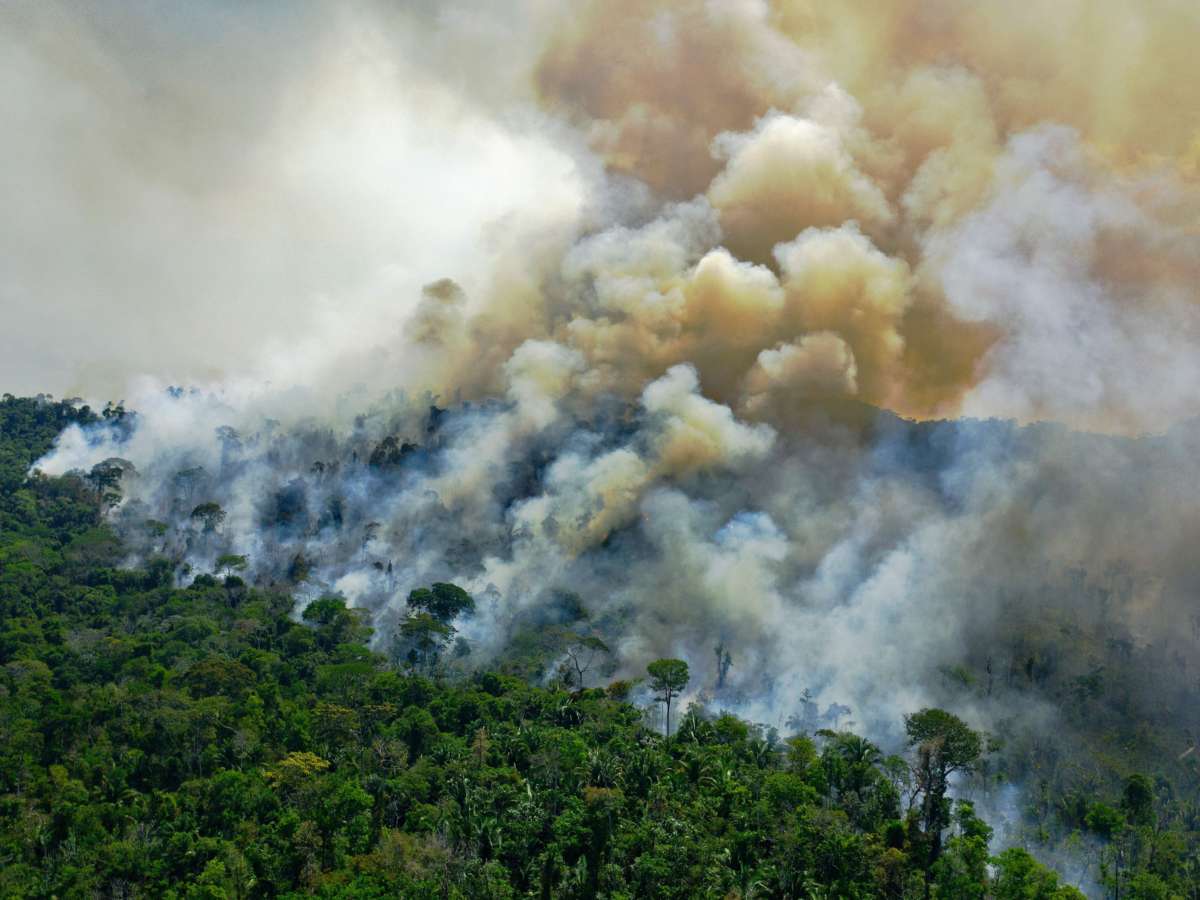 Portions of the Amazon rainforest are now releasing more carbon dioxide than they absorb, disrupting an important balancing act that signals a worsening of the climate crisis, according to a new study.

Findings from the nearly decade-long research project, published Wednesday in the journal Nature, suggest that deforestation and fire, among other factors, have dramatically undercut the Amazon’s ability to absorb heat-trapping carbon emissions from the atmosphere.

Researchers who routinely tested the atmosphere at four areas in Amazonia twice a month over a nine-year period found that not only are carbon emissions higher in the eastern areas of the rainforest than in the western areas, but that the southeastern area is putting more carbon dioxide into the atmosphere than it absorbs. The eastern Amazon is a hotspot of deforestation to facilitate logging and agriculture, including cattle ranches.

In addition to deforestation and fires, the study says the rise in emissions from the Amazon has been accelerated by warming temperatures and “moisture stress” during the dry season. The eastern areas have less moisture than the west during already-difficult dry periods, which now have become drier and have lasted longer due to climate change.

The Amazon may no longer be a reliable carbon sink

For generations, Amazonia, which spans more than two million square miles, was a reliable carbon sink, meaning that it naturally absorbed high levels of carbon dioxide from the air, and it played an important role in keeping the global environment stable.

However, in recent decades, humans have increasingly contributed to the degradation of the Amazon, upsetting a crucial natural balance. Of the 17% of forest reduction that occurred over the last 50 years, about 14% of that loss to the agricultural industry, which has burned the land and used it for crops and livestock, the report states.

Burning the rainforest to make room for crops or livestock can pose dangers for the climate, even decades after those fires occur. Research shows that areas that were burned as long ago as 30 years back — and the accompanying decomposing trees — were still considerable sources of carbon dioxide. Past fires and other factors like logging can also degrade nearby areas that were previously untouched and make those areas more susceptible to burning, according to the study.

What’s happening now is a domino effect of destruction, one that scientists say needs to be curbed — sooner rather than later.

“The Amazon is a carbon source. No doubt,” Luciana Gatti, a researcher at Brazil’s National Institute for Space Research who led the study, said in an interview with environmental news site Mongabay. “By now we can say that the budget for the Amazon is 0.3 billion tons of carbon per year [released] into the atmosphere. It’s a horrible message.”

Gatti said that were it not for the emissions from man-made fires, the southeastern part of the Amazon could have continued to be a “carbon sink,” meaning it absorbs more CO2 than it lets out. The region is now at a “tipping point,” Gatti said. But when faced with the question of whether these disastrous effects could be reversed if we started now, she answered, “I don’t know.”

Brazil’s president, Jair Bolsonaro, has been criticized for years for his environmental policies and aggressive deforestation of the Amazon. But in 2019 he described troubling deforestation data as “lies.”

“You have to understand that the Amazon is Brazil’s, not yours,” Bolsonaro said, according to The Guardian. “If all this devastation you accuse us of doing was done in the past the Amazon would have stopped existing, it would be a big desert.”

The following year, deforestation numbers in the region were the highest they’d been in 12 years.