Partnership that rescues and rehabs ailing manatees will expand its efforts 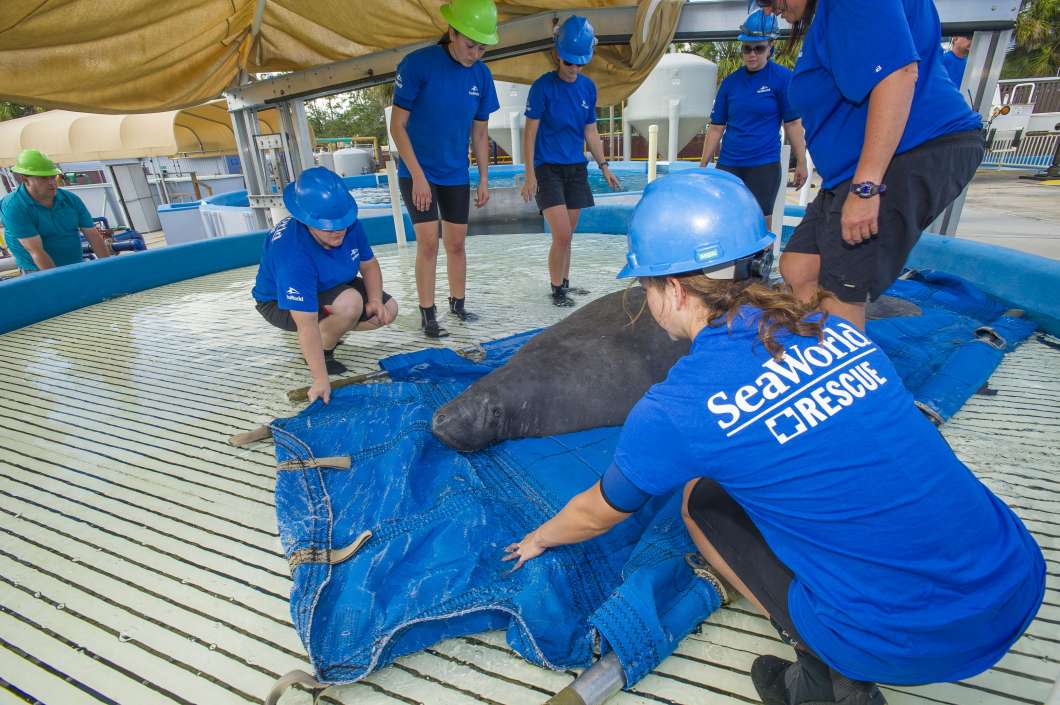 SeaWorld is the leading rehab facility for rescued manatees, taking care of about 40% of them. (Image Courtesy SeaWorld)

The public-private partnership that rescues and rehabs manatees is planning to up its game in a big way in preparation for next winter.

At a press conference Wednesday, biologist Terri Calleson with the U.S. Fish and Wildlife Service expects to see an increase of over 50% in the current capacity to rehabilitate starving or injured manatees.

She says the Manatee Rescue and Rehabilitation Partnership — in Florida and across the country — can handle about a hundred animals and is currently rehabbing 89.

SeaWorld Orlando, with about 40 spots, is expanding and adding pools, and so are other rehab facilities, Calleson says. “And all of that’s being done in anticipation of trying to accommodate higher numbers of manatees needing to come in to rehabilitate in the years to come.”

More than a thousand manatees died in 2021 alone, many due to starvation during the winter. That’s after nutrient pollution caused seagrass to die in the Indian River Lagoon.