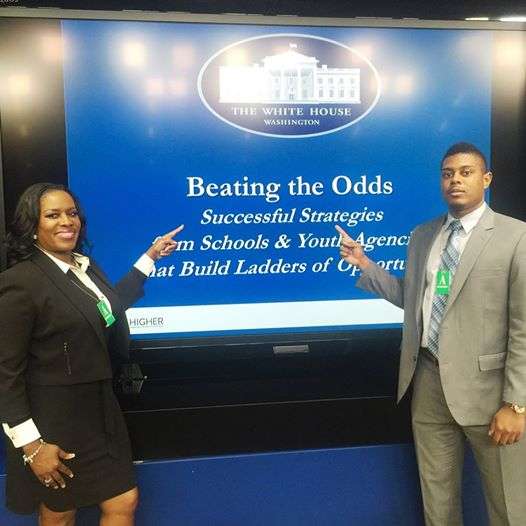 Family, friends and those who knew Parramore Community Leader Gino Nicolas are mourning his death and preparing for his funeral. Nicolas grew up in Parramore and was passionate about helping local youth succeed in life.

That’s the work he was doing when he was shot and killed in a drive by earlier this month. He was just 24 years old.

Chavez: Nicolas grew up in Parramore. In 2006, when he was in middle school he participated in the Parramore Kidz Zone program—a replica of the Harlem Children’s Zone program. It provides youth mentorship, tutors and scholarships to push students through the education pipeline.

Nicolas was one of the first youth to participate. There’s a YouTube video called “I Come From Parramore” where Nicolas compares going to college with winning the lottery… and he did win. Nicolas earned a bachelor’s degree from Florida State University.

His first job out of college was right back in Parramore. He was hired as the City of Orlando’s first coordinator for My Brother’s Keeper—a program to improve outcomes for young black men. That was the position he held the day he died.

Creston: Tell us more about his role in the community. What initiatives was he involved in?

Chavez: Lisa Early talks a lot about his youth outreach. She’s director of the city’s Families, Parks and Recreation Department. She met Nicolas when he was 14 and in middle school. She said he played a pivotal role in a city initiative to build relationships between Orlando police and young men of color.

“One of the things that Gino was very involved with was a sort of a midnight basketball program that we started up in the downtown recreation center. He was responsible for helping plan that to recruiting kids, bringing kids there and helping to staff the program when it was going on,” said Early.

Creston: Nicolas was developing a program that was about to be presented to the Orlando City Council. What do you know about that campaign that was in the works?

Chavez: His latest project was to recruit mentors for local youth. That campaign was scheduled to launch on May 9th. This is in alignment with President Obama’s efforts to encourage mentorship of young black men nationwide. I asked Early what happens now?

“Not only will we continue it but we’re going to double down, we’re going to continue it with an even greater sense of urgency and we’re already recruiting, matter of fact one of his friends who went off to college and graduated in 2015 at Graceland University has contacted us and he said ‘interview me for the job I want to come back and take on where Gino left off,’ ” said Early.

Creston: It sounds like he had a big impact on a lot of people.

Chavez: Yes, and that includes Early. She’s so proud of him. There weren’t enough tissues for her to get through our interview. She saw him grow up, become a professional. She said he was a peacemaker, a leader.

She talked about how so many of the youth she talks to have this contradiction between wanting to get out of the neighborhood out of fear and to not become a statistic but then on the other hand they are all about wanting to come back and help kids in the neighborhood. And that’s exactly what he did.

“Gino was the best of the best. He had a heart of gold; He only wanted to do for others,” said Early.

Early talks about him sort of embodying the success of the Parramore Kidz Zone. She says larger and larger cohorts of students are going off to college every year. Last year 30 students participated in the program’s College Signing Day. This year there are 50.